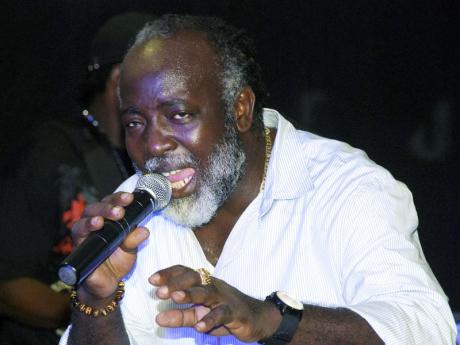 International Night Two of the 22nd staging of Reggae Sumfest will see organisers paying homage to reggae icon Freddie McGregor for his contribution to Jamaican music.

The singer, musician and producer is set to grace the stage with hits from his innumerable catalogues on the closing night of the festival, Saturday, July 19 in Montego Bay, before being presented with an award commemorating an astonishing and outstanding five decades of service to Jamaica's music industry.

McGregor launched his career in music at the age of seven in the 1960s when he first recorded for Clement 'Sir Coxson' Dodd's Studio One label.

According to McGregor, to know that he will be formally recognised for his music creates a wonderful feeling.

"I am excited about it. It is a beautiful feeling to know that I will be honoured for my 51 years of service by my own country. This award will be special to me," McGregor said in a recent interview.

McGregor says he hopes, from receiving this award, numerous young and up-and-coming artistes will be inspired to create a foundation that will flourish into over five decades of service and relevance.

"I hope the younger artistes will take a page out of my book and think about longevity and not just getting a buss, because a buss does not mean that they have made it," he said.

McGregor, in speaking about his upcoming performance, said for 'The Greatest Reggae Show on Earth,' patrons can expect his old hits, complemented with surprise performances.

"My performance will be a uniquely special one at the closing of the event. The members of Big Ship, Chino, Stephen and Yeshemabeth, the band itself, my backing vocals and I are coming with full force. There'll also be a special guest performance for the night," McGregor said.

"We consider Freddie McGregor to be an iconic Jamaican artiste who has made a significant if not immeasurable contribution to the growth and development of our music over the last 51 years," said Johnny Gourzong, executive director, Sumfest Productions, organisers of the festival.

"Reggae Summerfest is committed to showcasing the best talent that Jamaica has to offer. Freddie McGregor is undoubtedly one of the greatest artistes to have come out of Jamaica. We are excited to be presenting him to close the 22nd staging of Reggae Sumfest and know that our fans will be treated to a mind-blowing performance," Gourzong said.

Since he began in 1963, McGregor has released more than 30 albums, with the latest being Di Captain in January 2013.

His popularity first soared in the early 1980s with the release of Bobby Bobylon. He launched his own record label called 'Big Ship' in 1989, which has paved successful career paths in Jamaica's music industry for his children: Steven 'Di Genius' McGregor, Daniel 'Chino' McGregor and Yeshemabeth McGregor.

Big Ship is one of the most recognised reggae labels in Japan to date.

Reggae Sumfest will be staged from July 13-19 with a beach party on Sunday at Aquasol Beach, the All-White Party on Tuesday at Pier 1, and stage shows from Thursday to Saturday at Catherine Hall.