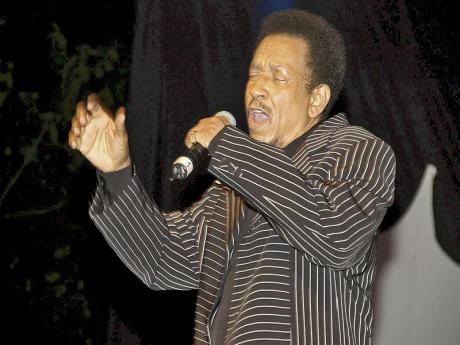 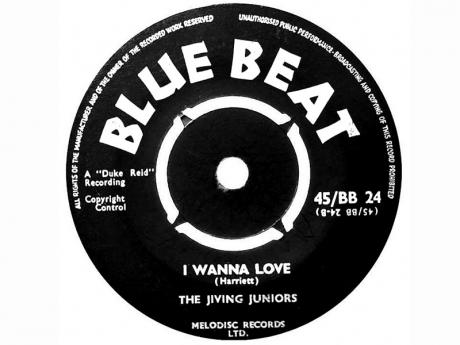 A record from the Jiving Juniors.-File
1
2

Last week's Music Diaries highlighted the very early beginnings of the 1950s Jamaican vocal quartet, The Jiving Juniors, its impact on the Jamaican music scene at the time, and how the group served as the cradle for the emergence of one of Jamaica's most illustrious music icons, Derrick Harriott.

Harriott was later to become a member of a second set of Jiving Juniors, with totally different members, and which operated mainly in New York, United States.

The original group (Eugene Dwyer, Maurice Wynter, Herman Sang, and Derrick Harriott) was, however, the foundation on which everything was built.

Although Harriott is often singled out as the most outstanding member, mainly by virtue of the fact that he enjoyed the most successful career after the group folded, the contribution of the other members to the group cannot be overlooked.

According to Harriott, Dwyer, apart from his bass-singing interchanges with him, a feature of the group performances, was an excellent songwriter, and, in fact co-wrote the group's first big hit, Lolipop Girl.

A second cut, released in 1960 for producer Duke Reid, was a remake of the original by Sang and Harriott and went straight to No.1 on the charts, while My Heart's Desire went to No.4.

Dwyer is also credited by one source (Julian Dwyer - son) as the man who named the group.

Wynter's clowning created ecstatic scenes wherever they performed, while Sang's piano-playing was indispensable.

In 1961, the original group recorded the bluesy-ska-tempoed recording, I'll Be Here When He Comes, sometimes called Over The River, in Clement 'Sir Coxson' Dodd's Brentford Road studios.

Written and produced by Harriott, and sung by Wynter, Dwyer, Claude Sang Jr and Harriott, I'll Be Here When He Comes went straight to No.1 on the record charts that year.

The song was so unique in its arrangement that Coxson is said to have created a label (Supreme) specially for it.

It was no surprise that the record was as good as it was, after one scrutinised the line-up of musicians from home and abroad who created it.

The group followed up with Answer Me My Darling and Beautiful Doll.

Harriott's temporary migration to the United States seemed to have dealt a telling blow to the group. It is said that after years of urgings by his mother, he decided to migrate.

The other members of the group remained in Jamaica after Harriott's emigration and recorded a few cuts with Jimmy Mudahy replacing Derrick, before disbanding in late 1960.

Harriott, although not having music on his mind initially, was never to be separated from his first love, and as destiny would have it, Claude Sang Jr, his first singing partner, met him in New York and they decided to restart the group.

Linking up with Winston Service, from a rival group, The Downbeats, and Valmont Burke, son of a very famous Jamaican cricket umpire, the new group began performing at parties, clubs and graduations, creating excitement with screraming girls and ecstatic fans.

The group soon found itself in one of the most prestigious recording studios in New York, The Mirasound Studios. The studio recorded greats such as Paul Anka, Chuck Jackson, and the Shirelles.

The music was lively, as the singers pleaded and clowned around:

Little girl, why did you treat me so bad

little girl, you make me feel so sad

come on and let me squeeze you tight

your love makes me feel all-right

cause I love you, (Oh don't you treat me bad

you know you drive me mad.

Valerie followed in September 1961 and at the beginning of 1962, The Jiving Juniors recorded Come On Honey, Don't Leave Me, I'm Going Overseas, and I Don't Want To Cry, all contained in the immortal album, Derrick Harriott and the Jiving Juniors - The Donkey Years.

Among that batch, was a recording that captured the imagination of all music lovers at the time - Sugar Dandy.

Again written by Harriott, it has a danceable beat and is numbered among the timeless Jamaican masterpieces, with saxophonist extraordinaire Buddy Lucas delivering an exhilarating solo.

Blues fans will remember Lucas as the man who did a marvellous job on the popular blues number, 7-11, by the Gone All Stars.

Harriott, in his own inimitable way, led with his falsetto voice, distinct from his tenor voice which he used on Don't Treat Me Bad and other numbers, making him the only artiste in Jamaican popular music history to have hits repeatedly, using two separate voices.

In the trilogy - What Can I Do, I'm Only Human, and My Three Loves, Harriott slips from falsetto to tenor interchangeably, with almost consummate ease.

The second set of Jiving Juniors disbanded in 1962, mainly because of the refusal of some members to travel frequently between Jamaica and New York.

Harriott was thus forced into a solo career and had his first session at Ken Khouri's Federal studio in May 1962.

I Care, sung in his tenor voice, was the first and perhaps the best-placed recording on the Jamaican charts. Other big hits followed: My Last Letter, Have Faith In Me, Close To Me, Born To Love You, Walk The Streets, Solomon and Standing In.

Before the close of the decade, Harriott had gone into record production, setting up his own Crystal record label and becoming one of the first Jamaican singer/songwriter/producer to own one.

On his label, Harriott recorded stalwarts like Dennis Brown. He was the first to record The Crown Prince, creating a track called Obsession in 1968.

His personal and produced hits continued into the 1970s, while he expanded, opening his first record shop at 125 King Street in Kingston.

He soon moved to his more spacious and present location at Twin Gates Plaza in Half-Way Tree.