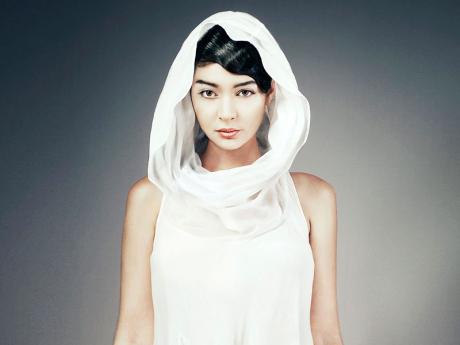 A model wears a piece by Trinidad designer, Meiling.-Contributed

This year will be a year of firsts for Caribbean Fashionweek, which is not an easy accomplishment for an event that is now in its 14th year.

The presence of Trinidadian stylists this year will not be new. In fact, Trinidad, Barbados and, of course, Jamaica, were the three pillars on which the event was first presented.

Caribbean Fashionweek was actually launched in Trinidad in 2000, as Pulse took the decision to make the event truly Caribbean from inception.

What will be outstanding this year is the breadth and quality of the Trinidadian contingent headed to the event.

Several others including Heather Jones and Zadd & Eastman are also expected to participate.

A Caribbean design favorite, Claudia Pegus has truly earned her place in Caribbean fashion history. For over three decades, she has been internationally known for her signature designs, featuring handmade embroidery work on various types of silk and other luxury fabrics.

Her creations are wider in content, context and appeal, but these luxury pieces are the core of her CPFS label.

Pegus is the recipient of Trinidadian national honours, as well as the Lifetime Achievement Award for Excellence and Remarkable Contributions to the Caribbean Fashion Industry. She is also a CFW Caribbean master designer awardee.

Today, when one thinks of fashion in the Caribbean, one name cannot be escaped - Meiling. This one name brings the Caribbean image into focus ... fun and industry, colour and culture.

Meiling is a graduate of the Lucie Clayton School of Design in London, England, but continues to learn and be inspired by the world and by the melting pot that is her base, Trinidad.

She creates a stir. This designer had found a way to weave passion, confidence, sensuality, wit and individuality into her clothes. Twice a year, she takes the public into her confidence with two dynamic and breathtaking retail collections, guaranteed to set the town talking, guaranteed to have clients calling at her door the next morning.

Everyone is after the look.

Over the years, Meiling has worked very closely with Peter Minshall on his Carnival productions and other artistic presentations, beginning her involvement with the celebrated mas man in 1983, when the patterns were drawn for Minshall's 'River'.

Meiling's talent has been recognised worldwide through her involvement with the opening and closing ceremonies of the 1996 Centennial Olympic Games in Atlanta, as well as the Miss Universe Pageant held in Trinidad in 1999.

In 2000, she created her very own section in Minshall's RED presentation.

The Cloth, spearheaded by the ultra-talented Robert Young has been established for more than 25 years. The line has been sold both internationally and regionally in countries such as Germany, Washington, DC, Palo Alto, Vancouver, as well as the wider Caribbean. His collections reflect a design culture devoted to the awareness of colour.

The fabrics are hand painted to inform and to raise awareness of the impact of current developments in the global space.