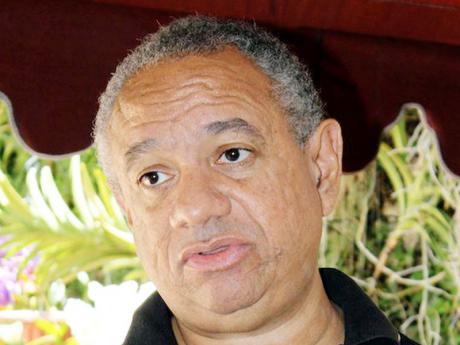 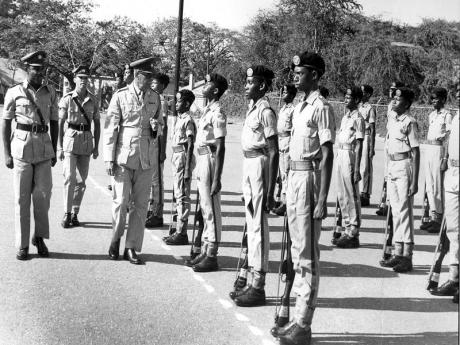 In this 1970 Gleaner photograph, Lt Col Michael Nunes, commandant of the Jamaica Combined Cadet Force, inspecting a platoon at Up Park Camp. Occasion was a passing-out parade of 100 cadets and 12 officers who hope to be selected for summer camp in Canada, United States, Trinidad, Barbados and Grenada. -FILE PHOTOS 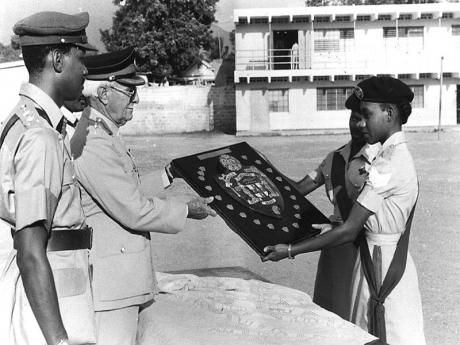 For what? QC officially stands for Queen's Counsel, but I translate it from stuffed shirt into plain-speak as 'Queer Customer'.

That's Queer meaning strange. Please, keep your minds above the belt. When an independent nation's citizen applies, begs, grovels or pleads (résumé and all), for the dubious distinction of being called Queen's Counsel, 'queer' is an understatement. Her Majesty never sought any of our QCs' 'counsel'.

It's worse. Requesting honour is infra dig in any language, yet senior counsel must apply for this archaic tribute. Then, lustful senior counsel's application for QC is 'vetted' by committees whose members include currently practising professional competitors. Advocacy is inherently contentious, so many have pissed off competitors. It goes with the territory. Yet, lawyers, usually terriers in court, meekly beg to be honoured and then timidly submit to competitors vetting their supplication. Ugh.

But the final indignity is, after legal committees have microscopically inspected one's entreaty, the approved application goes to a Prime Minister's Committee for final scrutiny. Why should a politically appointed committee decide who receives a professional honour?

The system is undignified, obsolete, obsequious, inappropriate and distasteful. It should be scrapped. There are several feasible alternatives, especially considering this idea of an elite lawyers' club is a relic of feudalism. It's odd that the honour goes only to advocates with no apparent equivalent for other practising attorneys. Are lawyers in chambers professional embarrassments to be hidden in the attic like insane uncles?

Lawyers' associations could honour their own (regardless of practice area) as the Bar Association has been doing annually. But I've noticed recent selectees (all deserving) are also mainly courtroom types. It's all about timing and, sometimes, awards' processes can be judged more by who isn't honoured than who is. It appears we've forgotten the contribution of many 'paleface' Jamaicans who helped build and fight for a Jamaican Bar, even when it seemed the Alamo was more likely to survive.

Take one of my mentors, the late great Michael Keith Nunes.

M.K. Nunes was what many call a 'white Jamaican', but he was simply a Jamaican. His family has been 250 years in Jamaica. He was born here. He lived his entire life here. He died here.

No way while we hol' de gate fi yu.

He exuded iron discipline and unshakable integrity. A St George's past student (and scoutmaster of the school's troop), he served as commandant of the Jamaica Combined Cadet Force [for which he was promoted from his wartime rank lieutenant (pronounced 'lefftenant') colonel to colonel] and commodore of the Royal Jamaica Yacht Club. He was also president, Commonwealth Trust Jamaica; vice-president, Farquharson Institute of Public Affairs; a Salvation Army Advisory Board member; and legal adviser to the Jamaica Legion.

He would no doubt rise from the grave and strangle me if I didn't mention that, at age 54, he represented Jamaica in the 1972 Munich Olympics in sailing on a team including his 24-year-old son, Michael Anthony 'Tony' Nunes, who also followed him into the law. For all this and more, a grateful Government awarded him the Order of Distinction. His profession? Nada. Zip. Nothing.

During the turbulent 1970s when Jamaicans, including his own children, left Jamaica in droves, Mike refused to budge. He wouldn't even smuggle one US dollar out. When asked why not, he'd reply, "It's against the law. How can I be an officer of the court and break the law?"

I man born ya.

I nah leave ya fi go a Canada!

It became fashionable to surrender to bureaucrats' delaying tactics by giving a 'token' and charging the client as an 'expedition fee'. Mike railed against the practice refusing to participate. "I will NOT pay a man a bribe to do his job" was his refrain.

That's the man who taught me most of my attitude to practising law. He was scrupulously fair. I remember, as a young second-year associate, employed to Judah, Desnoes, Lake, Nunes, Scholefield & Co (JDLNS), of which he was second-in-command, my career nearly came a cropper.

I won a court case that set a new benchmark but challenged an industry policy implemented by a powerful Jamaican who was also chairman of one of the firm's biggest corporate clients. Within days, all the company's files were transferred to another firm and Mike was informed that I'd been 'rude' to a company officer. I was summoned to Mike's office.

Mike's public persona was terrifyingly severe. He spoke in irritated grunts. His office was always dark. Every employee was afraid of him. As I approached his sanctum sanctorum, I recalled my only previous visit was to be reprimanded for incorrectly drafting a writ. So, I entered with a feeling of deep dread. "Hmmph!" he grunted (his version of hello). "What's all this? Why're you being rude to my clients?"

But, when yu stop an' check out de facts,

But, when yu run from a problem, it neva solve.

No one want to get involve at all.

We sit down an' bawl.

M.K. Nunes was very much involved. He qualified as a solicitor of the Supreme Court in 1942; joined Judah & Randall (JR; led by Mike's mentor, Douglas Judah) after the war in 1946 and made partner in 1949. Another legal legend, George Desnoes, (of Desnoes, Lyons and Lee), merged with JR into Judah, Desnoes & Co (JD&Co) in 1968, and the wonderful Arthur Scholefield brought Lake, Nunes (not Mike), Scholefield & Co together with JD&Co in the late 1970s to form the legal giant JDLNS.

Mike co-founded Nunes, Scholefield, DeLeon & Co (NSD) literally out of the ashes of a once great JDLNS. It's mainly through his firm, even hand as senior partner; will of steel; commercial-law expertise; and impeccable ethical example that NSD now stands as a leading force at the Jamaican Bar. Through political volatility; harassment and harangue; reverse racism; death threats (at least two contracts were put out on him; he was shot in the gut at point-blank range while in bed), Mike Nunes never blinked.

I man born ya.

I nah leave ya fi go America! No way sah.

Leighton 'Pluto' Shervington was an integral part of the 1970s creative musical explosion. He started with Tomorrow's Children featuring top musicians like Richard Daley, Cornel Marshall and singers Ken Lazarus, John Jones. He was profoundly influenced by songwriter Ernie Smith's humorous offerings and recorded several in that vein, including Ramgoat Liver, Dat and Your Honour.

In the midst of the 1970s brain drain, he recorded the patriotic I Man Born Ya, but almost immediately jumped on one of the "five flights a day" and migrated to Florida.

Mike Nunes neva leave ya! He was a man among men and a great Jamaican. It's long past due he be honoured by the Jamaican Bar Association.