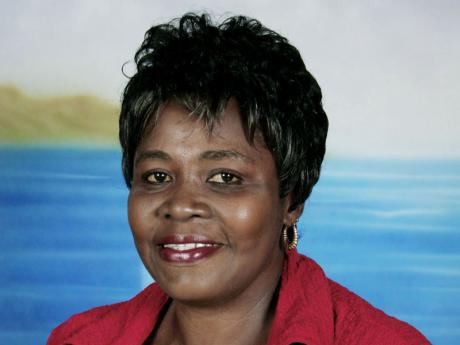 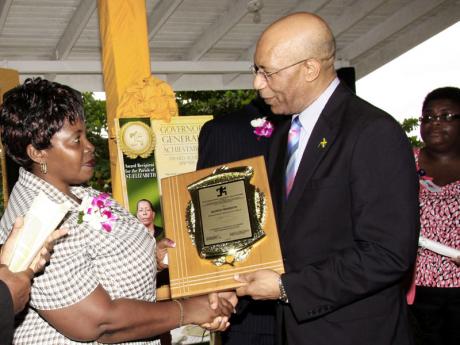 MoBay Samaritan serves 4,000 of the nation's most needy children

For almost 25 years, Gloria Meredith has been making a big difference in the lives of some of society's forgotten and abandoned children.

The Montego Bay-based philanthropist has taken it upon herself to reach out first to persons diagnosed with HIV/AIDS and disadvantaged children, who are often left to fend for themselves.

"Mi nuh have a story; mi just sorry fi people," Meredith told The Sunday Gleaner as she tried to keep out of the spotlight the way she has managed to do over almost 25 years.

"Mi move from adults with AIDS to children who are being molested. I just look at society's downfalls that all these agencies should be working in, but are not doing, so I just do it. I just hate to see human suffering and human beings being abused."

The charity operated by Meredith, which is called Children of Faith, has been around for years helping families in seven parishes.

It started with two children, and by the end of the first year, the number had grown to more than 100. To date, Meredith's organisation has assisted more than 4,000 needy children.

The inclination to help the less fortunate was instilled from an early age when her mother would send Meredith and her brother on errands to deliver meals to the needy in New Market, St Elizabeth, where she grew up, before moving to Montego Bay; taking the urge to help the poor with her.

"I just started out because of my kindness, because of my fear for God, because of my love for God and because my parents taught me how to do good things for people to survive," said Meredith, who did not attend secondary school.

Her compassionate journey began one day while doing someone's hair at a salon in Montego Bay, when a client told her about a homeless man who was HIV-positive.

She excused herself and went in search of him. Upon finding him, she was overwhelmed with emotion, as persons stood around mocking him, as he laid there starving.

"I cried, I cried so till. I never know I could cry fi a human being so," shared Meredith.

She fed him then took him to the hospital, where she was told he could not be admitted. Meredith consulted with her pastor and was given permission to take the homeless man to the church's rectory.

"A new bishop came to the church and he got a new building and called it the Good Shepherd Foundation Hospice, so they asked me to help run it," Meredith shared.

"My thing is that people should die with dignity and a place was now found for them, so I was bored as hell. I ran it and after around 18 months, I sent them a resignation letter. That was just not my job; my job is to clean up the face of the earth."

Meredith's non-profit organi-sation is currently assisting 58 families which have been affected by HIV/AIDS and 30 commercial sex workers.

"Those people get assistance with income-generating activities such as chicken rearing, farming and higglering," Meredith revealed.

"The first income-generating activity was my money that started it. I gave the lady chickens to raise and wanted to see what would happen. She did so well I begged money from CIDA (Canadian International Development Agency) and they gave me four coops.

"With the success of that project, other agencies such as the Environmental Foundation of Jamaica, the United Nations Children's Fund UNICEF), the Ministry of Health, and Food For The Poor came on board with financial and technical assistance."

She noted that each family is given a chicken coop, 50 chickens, and 12 bags of feeding and other items needed to get them going.

"They are required to open an account before we go through the whole process, and they are trained in money management (she partners with local credit unions) and trained in parenting.

The 58-year-old obtained her degree in social work at age 45 and is now pursuing a second one in psychology at the International University of the Caribbean with the goal of being "better able to help people".

Meredith pointed out, however, that not every child who has passed through the programme has parents who are involved in an associated income-generating activity. Some have had their school fees paid and school books and uniforms purchased.

"Gloria has helped us in reaching a number of vulnerable children in western Jamaica," said Condell-Gibson.

"UNICEF began working with her organisation in 2005 to ensure that families who have been either infected or affected by HIV were able to help themselves.

"One thing that can be said about Gloria is her passion for what she does; she throws herself completely into it. Her commitment and dedication cannot be questioned at all."

Children of Faith boasts many success stories, none better than that of Keisha Powell. Both of her parents had died of AIDS resulting in her dropping out of school.

Meredith did not only get the family's chicken-rearing business up and running, which was a huge success, but she also sent 14-year-old Powell back to school to sit some Caribbean Secondary Education Certificate subjects.

"She ended with A's in all three subjects before going on to Heart Trust and got a job upon completion," shared Meredith.

"She went on to Montego Bay Community College, based on the three subjects she had passed, to do a diploma in business administration. She did not stop there, as she went on to NCU (Northern Caribbean University) and got a Bachelor of Science in Business Administration. When I am down and want to keep going I think about Keisha."