Attempting to pervert the course of justice: 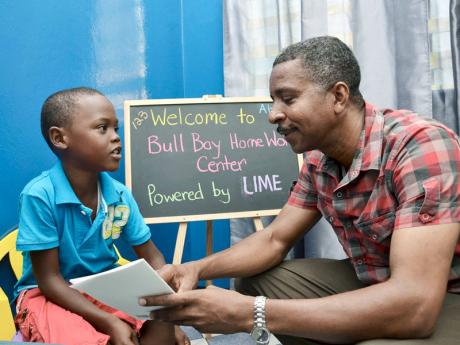 And they all fall down!

In the wake of the ruling in the case of Senior Superintendent of Police James Forbes, a reader has asked me to explain what is "attempting to pervert the course of justice".

There is a lot of confusion about the charges in the cases heard so far and the judge's reasons for ruling.

It is worth noting that in addition to the Forbes case, there are several other prominent cases before the same court, the Corporate Area Resident Magistrate's Court, involving the same charge.

One such case is that of Livingston Cain, the juror in the Vybz Kartel and others murder trial.

Cain is before the court on five counts of attempting to pervert the course of justice.

Prominent medical doctor, Dr Jephthah Ford, is likewise before the same court on similar charges. In Ford's case, the charges stem from a case, involving two Surinamese natives who were held with a large sum of cash which had not been declared and for which they were unable to offer a good explanation.

The police allege that the day before the two men were to appear in court in connection with that find, Ford invited the investigating officer in the case to meet with him and then proceeded to attempt to negotiate a financial settlement with the investigator in exchange for the cash being returned and the men freed.

Kartel, whose correct name is Adidja Palmer, and fellow entertainer Vanessa Saddler, better known as 'Gaza Slim', are also before the court on charges of conspiracy to pervert, and attempting to pervert, the course of justice.

This is in relation to a report Gaza Slim had made to the police about Clive 'Lizard' Williams robbing her after he had been reported missing and believed killed by Kartel and others.

It is instructive, therefore, to look at what this offence involves. An attempt to pervert the course of justice is not an inchoate offence, or simply put, it is the attempt itself which constitutes the offence, no actual perversion need have been accomplished.

The course of justice commences when the jurisdiction of the court is invoked. In the Forbes case, therefore, the course of justice would have been invoked the minute Bruce Bicknell was first charged in April 2012 by sergeants Jubert Llewellyn and Dillon Lewis for allegedly offering a bribe to the cop who had stopped him for a traffic offence.

The course of justice having been invoked, it should have been allowed to flow through its course unhindered. Forbes' intervention, through the meeting he admitted facilitating involving Bicknell and Llewellyn, had clearly hindered the natural flow of justice.

This becomes evident when one considers that the end result of Forbes' intervention, intentionally or not, had been that both Bicknell and the Llewellyn failed to turn up for court on April 18, 2012, the first date scheduled for the hearing of the charge of bribery against Bicknell.

Generally, in the Forbes case, and the same for the other cases, the prosecution has to prove that the defendant did the conduct alleged in the indictment.

The conduct alleged in Forbes' indictment, as I understand it, turned on his role in a meeting held at his office between Bicknell and the two policemen.

Tendency to pervert course of justice

This limb, in my opinion, would not have been difficult to establish in Forbes' case, especially as the intervention of the goodly senior superintendent resulted in the main players not turning up for the first day of the scheduled hearing of the bribery charge, a distortion of the natural process.

In fact, he claimed that he had not known that the jurisdiction of the court had been invoked and that Bicknell had been arrested and charged at the time that he facilitated the meeting.

His goal in facilitating the meeting, Forbes' counsel had argued, had been purely altruistic, to prevent a wrong being done.

The defence was, however, rejected by Resident Magistrate Stephanie Jackson-Haisley, who said she found the police officer disingenuous, evasive and insincere. She felt he had tailored his case as he went along.

Lawyers for Forbes have indicated that they will be appealing the ruling, but it appears to be the season for prominent Jamaicans to fall on swords, entirely of their own making. We will watch with interest the unfolding of the other cases.