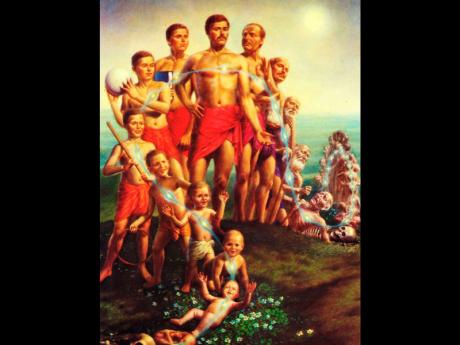 Using the Bible to make the case

Reincarnation, or the belief that we are the sum of many lives, is an indelible part of Eastern thought, especially in Hinduism, Buddhism and Jain philosophy. It is soundly inscribed in their sacred literature.

The theory of reincarnation is not to be confused with metempsychosis or the belief that we devolve into lower species for having lived an unseemly existence.

Instead, the reincarnation theory is based on evolution. We are said to be ever evolving towards perfection. We are born into this challenging world, time and again, until we attain perfection, thus breaking the cycle of births and rebirths.

According to this theory, many enjoy a head start at birth. They are born with incredulous talents and privileges while others are doomed at the outset.

Reincarnation attempts to decipher and explain these existential differences. Interestingly, this doctrine has seeped into Western religious teachings, courtesy of Helena Petrova Blavatsky, who founded the Theosophical Society, after having spent many years in India.

Today, reincarnation forms the backbone of New Age philosophy and has become part of Western lexicon. Of this controversial subject, Blavatsky once said: "The final goal cannot be reached in any way but through life experiences, and because the bulk of these consist of pain and suffering. It is only through the latter that we can learn. Joys and pleasures teach us nothing; they are evanescent, and can only bring in the long run satiety."

She also wrote: "For logic, consistency, profound philosophy, divine mercy and equity, this doctrine of reincarnation has not its equal on earth. It is a belief in a perpetual progress for each incarnating ego, or divine soul, in an evolution from the outward into the inward, from the material to the spiritual, arriving at the end of each stage at absolute unity with the divine principle ... ."

Some authorities in this esoteric field have gone as far as to cite biblical verses to prove that Jesus and early Christians taught reincarnation.

Undeniably, the verses they have culled from the King James Version of the Bible are thought-provoking:

"Him that overcometh will I make a pillar in the temple of my God, and he shall go no more out." (Rev 3:12)

These authorities argue that "shall go out no more" means that another incarnation (rebirth) is unnecessary because all of life's challenges have been surmounted.

They also point to biblical references which they say show that John the Baptist was Elijah:

"But I tell you, Elijah has come, and they have done to him everything they wished, just as it is written about him." (Mark 9:13)

"For all the prophets and the law prophesied until John. And if you are willing to accept it, he is the Elijah who was to come." (Matt 11:13-14)

"But I tell you, Elijah has already come, and they did not recognise him ... Then the disciples understood that he was talking to them about John the Baptist." (Matt 17:12-13)

In addition, they claim that there is a suggestion in the Bible that one's present condition could be attributed to transgressions committed in a past life:

"As he went along he saw a man blind from birth. His disciples asked him, 'Rabbi, who sinned, this man or his parents, that he was born blind'?" (John 9:1-2)

Then, there are succinct quotes that further bolster the claim of reincarnation in the Judeo-Christian teachings:

For those who support the reincarnation theory, the influx of Eastern spiritual practices, amid the growing number of swamis and gurus in the West, have changed the spiritual tableau and have presented this as the only plausible explanation to the inexplicable ills of humanity.

The anthropomorphic, vengeful God; the God of orthodox religions, the God who demands worship or eternal damnation is replaced by natural and spiritual laws established by a benevolent agent.

According to the reincarnation theory, when we respect and live in accordance with these laws we are guaranteed an existence that is earned. Transgressions lead to adverse conditions in our present and even future incarnations, as John 9: 1-2 intimates.

The bottom line, though, is that we are given multiple opportunities (lifetimes) to get it right, for no loving Deity will create a special place to eternally punish His children, who, by the way, were given the power to think and reason according to their cultural setting and cognitive abilities.

Dr Glenville Ashby is a social critic and president of Global Interfaith Council, NYC Feedback: glenvilleashby@gmail.com or follow him on Twitter@glenvilleashby