Clipper Round the World Yacht Race 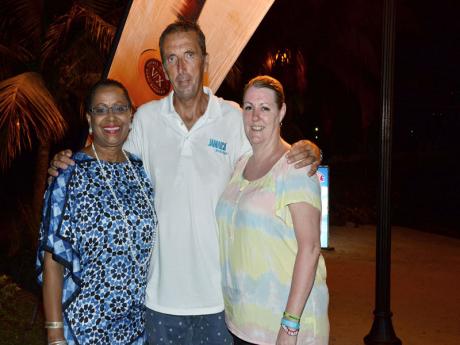 Captain of the 'Jamaica Get All Right' team in the Clipper Race, Pete Stirling, and his wife, Su (right), pose with Deputy Director of Tourism Sandra Scott. 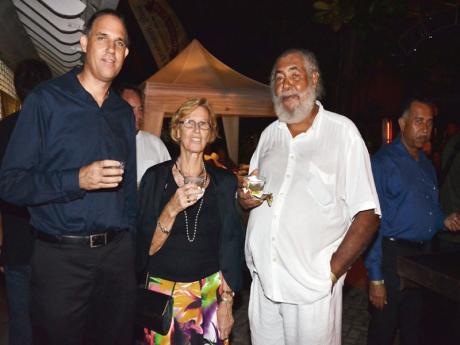 From left: Operator of Knutsford Express, Oliver Townsend, with his mom, Anne, and father Gordon. 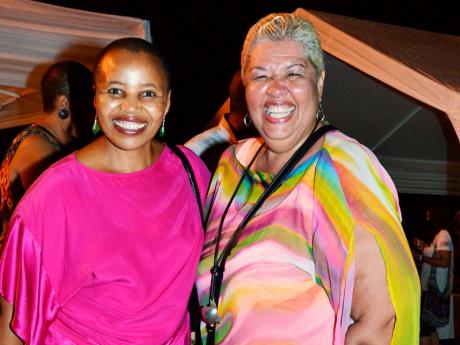 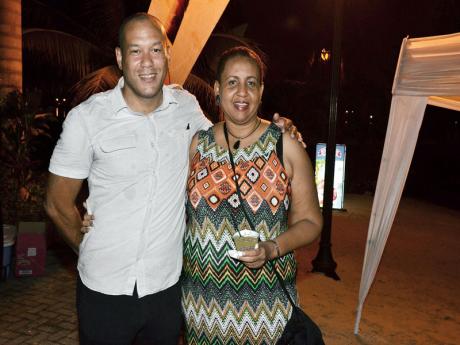 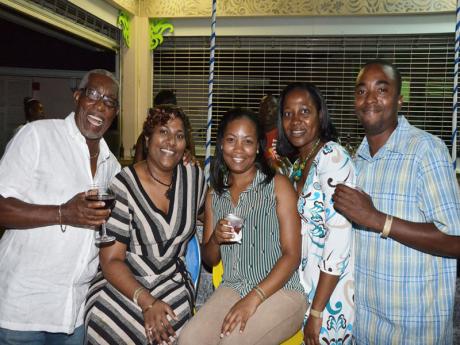 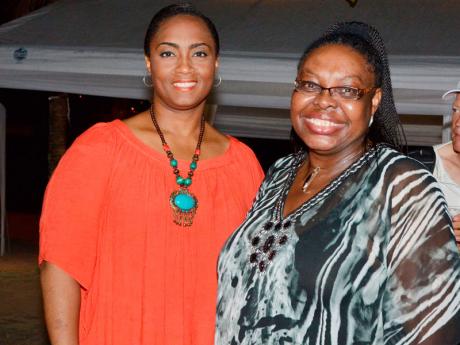 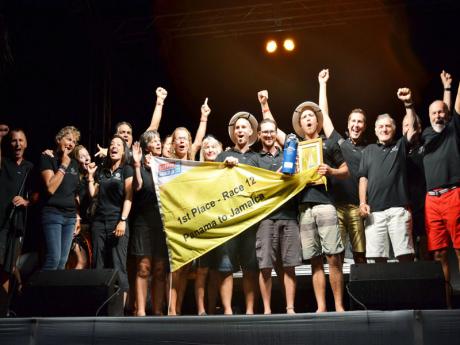 The Henri Lloyd team which won the Spirit of Jamaica Chase leg of the Clipper Race. The Henri Lloyd skipper Eric Holden is centre, holding the gift from Appleton.- Photo by Janet Silvera
1
2
3
4
5
6
7

Providing the perfect aura for a welcome reception, the Jamaica Tourist Board selected the Errol Flynn Marina in Portland to fete the competitors in the Clipper Round the World Yacht Race last Monday.

Tagged the world's longest ocean race, the fleets which set sail in September 2013 from the United Kingdom and have visited ports in Brazil, China and South Africa, started arriving here last Friday. "Now it is Port Antonio's turn to play host to the sea-weary travellers," stated Deputy Director of Tourism Jason Hall.

This is the third time Jamaica is playing host to the teams.

"It is a source of pride to me that the Errol Flynn Marina is the only Caribbean marina capable of handling the largest yachts in the world," boasted Hall as he announced the Henri Lloyd team as winners of the Spirit of Jamaica Chase leg of the race.

Hall and sponsors J. Wray & Nephew presented prizes to the winning teams while encouraging them to take the opportunity to experience rafting on the famous Rio Grande or take a refreshing dip in the exhilarating waters of Somerset Falls.

"There is nowhere else in the world that compares to our little piece of rock," he boasted to the group of more than 300 persons.