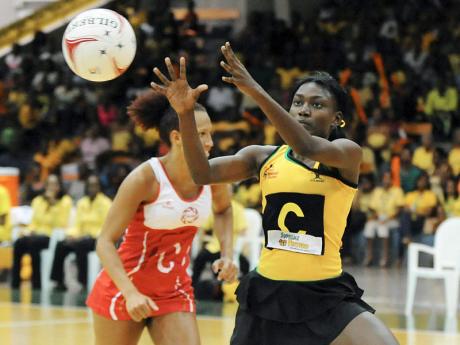 National senior player, Khadijah Williams, has received a strong warning from Netball Jamaica (NJ), following an on-court incident during game two of the Berger Paints Elite League best-of-three finals on May 17 at the Leila Robinson Courts.

Williams, who represents the St Catherine Racers, tore off her bib as she walked off the court in anger while her team was trailing by 12 points in the final quarter of the game against the Kingston and St Andrew Humming Birds. Williams then went to sit by herself in another section of the facility, before going to sit on her team's bench a few minutes later.

Initially, she also refused to join the huddle after the match with both teams, until she was influenced by some of her national teammates, who were looking on from the stands.

Her behaviour also drew the ire of spectators, who were calling for her to be axed from the national team. The incident took place in front of national technical director Jill McIntosh, head coach Minnette Reynolds, Netball Jamaica president Marva Bernard and other members of the national body's hierarchy.

Karen Anderson, general manager of Netball Jamaica, told The Sunday Gleaner in an interview yesterday, that her management staff met with Williams and advised her that such behaviour will not be tolerated by the association.

Anderson said Williams also met with the team's sports psychologist after the incident.

"She has been written to and we have addressed the issue and she knows where she stands if the behaviour happens again, and then there will be actions," said Anderson.

"We will not tolerate behaviour like that anymore or in future," Anderson said.

Williams, who is regarded as one of the most talented centre court players in the country, was a member of Jamaica's team that captured the bronze medal at the World Youth Championships in Glasgow, Scotland, last August.

The 5'8" Williams, who currently attends The Queen's School, last represented the Sunshine Girls in a tri-nation series against hosts England and New Zealand in January.