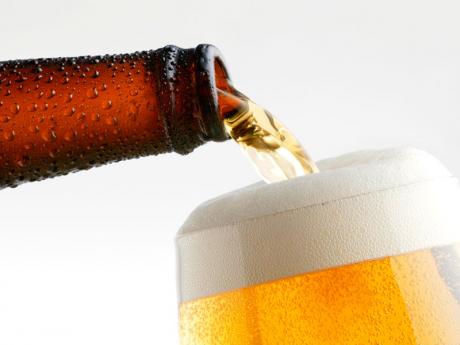 With the promise of bringing the country's best beer brands together, along with some European heavyweights, it was lining up to be what fans had been waiting for.

The venue for the three-day festival was the newly renovated Barbican Beach Bar. The main area was buzzing and bustling with the music turned up and a good crowd of people perusing the various beer brand tents.

Others played FIFA games and participated in mini football matches in the sand.

With each patron given five vouchers to sample Red Stripe's new flavours, bartenders were kept busy for the entire festival.

While some patrons enjoyed the new red apple and tropical pineapple flavours, others remained loyal to Heineken, Smirnoff Ice, Tallawah and Guinness.

The newly introduced one-litre Guinness and Red Stripe bottles were also a huge hit with patrons.

The DJ pumped out tunes for attendees to get their groove on, and patrons milled around food tents, including one from Fish Pot, and another from CB Chicken.

As it neared evening, more patrons began to file in, signalling the start of the night's entertainment package.

Up-and-coming artiste CK was up first, thrilling the audience with True Colours and I Found Me.

She made way for the Black As Cole band, which also enjoyed good feedback from the audience.

Keznamdi encouraged patrons to drink responsibly and once again called for the legalisation of marijuana. He delivered songs such as She Says and Bob Marley's Play I Some Music, before inviting sister Kelissa on stage for In The Gideon.

The final performance of the night came from No-Maddz. With their unique musical style and their unconventional style of dress, No-Maddz captivated the audience with witty and profound lyrics.

"The Friday night went well. Hundreds came out to support the inaugural beer festival. Patrons were really excited about the samples and also the international beers that were here. There was a lot of entertainment from the different beer booths. Consumers were engaged with the prizes and giveaways, and the interaction with the crowd was awesome," he said.

He added that this will become an annual event.

"Everybody is excited about the overall beer festival package, so it's something we are looking forward to for next year. The vision we have for beer festival is that it will become a new destination for beer lovers. From a national perspective, we have been looking to rebuild Kingston as a tourist destination and the Red Stripe Beer Festival will be one of those activities in Kingston that will definitely drive consumers from around the world to experience the festival," said Powell.