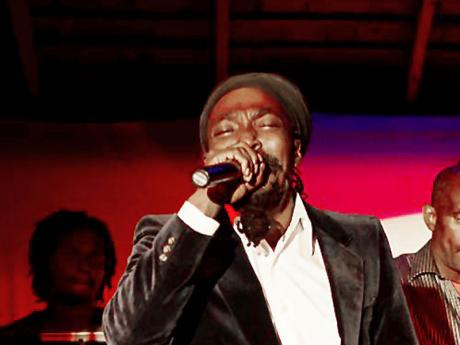 Renowned for his hit singles One Blood and This is Why I'm Hot, reggae stalwart Junior Reid is putting the final touches to a long-awaited studio album.

Junior Reid: The Living Legend, will be the artiste's 17th album and is set to be released online on June 6, which also happens to be the same day the artiste celebrates his 51st birthday.

The album will feature songs like Same Boat, Sharing The Night, Never let You Go and Guns Dem Load.

The artiste has already planned a listening party for his new album to be held at Club View on Eastwood Park Road.

The physical album will be released on June 17.

Making the decision to fuse fashion and music, the artiste recently teamed up with Hair Ta Last and LMG Shoes and Stuff for an event to come called Fashion Meets Reggae.

The event will be on June 28 on the East Lawns of Devon House and will see performances from Etana, Spice, Sizzla, Cocoa Tea, among others, and already, the entertainer is predicting a busy summer.

"This is going to be a busy summer for me and I'm kicking it off with the Fashion Meets Reggae show. After that, I'll be moving on to my international performances, which I will use to promote the release of the album," said Reid.

In June last year, Reid was caught by the paparazzi rubbing shoulders with American Rapper Jay-Z in the VIP section of the rapper's Club 40/40. His Undeniable mixtape, which features American artistes Snoop Dogg, Fabolous, Lil Wayne, The Game, Swizz Beatz, Rick Ross, among others, is still available for download at www.datpiff.com.