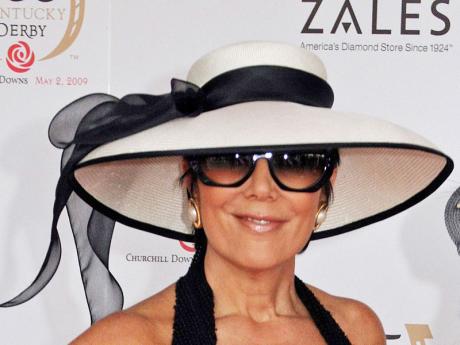 Kris Jenner is 'bursting with happiness' after Kim Kardashian's wedding.

The Kardashian family matriarch was among the 200 guests on hand to watch her daughter, 33, marry Kanye West, during a 'magical' sunset ceremony at the Forte di Belvedere in Florence, Italy on Saturday.

Speaking shortly afterwards the 58-year-old star said she was "beyond bursting with happiness for Kim, Kanye and baby North".

She also told E! News: "Such a magical, romantic wedding! I feel blessed to have my new son and his family as part of ours."

Kim, who is believed to have worn a Givenchy white gown, was escorted down the aisle by her stepfather, Bruce Jenner, as well as her sisters, Kourtney, 35, Khloe, 29, and half-sisters, Kendall Jenner, 18, and Kylie Jenner, 16, who acted as bridesmaids.

The couple, who exchanged vows outdoors in front of a wall of flowers, were serenaded by acclaimed Italian tenor Andrea Bocelli during the ceremony, who performed several of his biggest hits, including Con te Partiro.

The couple's guests broke into applause twice during the ceremony, which was organised by celebrity party planner Sharon Sacks, and Kris was seen wiping away tears in the front row, according to PEOPLE.com.

After the beaming couple softly exchanged vows, off-white and gold escort cards, designed by Lehr and Black, directed guests to their seats for dinner along a huge engraved marble table.