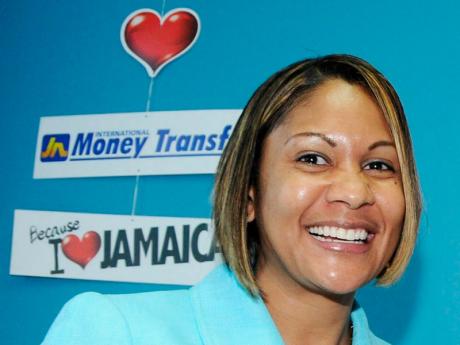 For many Jamaicans, a life without their regular remittance from relatives in the diaspora would be devastating.

Despite their efforts many Jamaicans cannot meet their basic living expenses without the money they receive from overseas, which goes a far way in alleviating their pecuniary existence brought about by unemployment, low-income or the high cost of living.

"I have been unemployed for the past two years. My sister and father live abroad and they send money to assist me. I receive money from them at least once a month, which I use to pay my electricity and water bills, purchase food and take care of my mother. Getting the remittance keeps me from begging on the streets, because without the regular money from relatives, that is what I would be forced to do," said 35-year-old Leon Haughton, a Kingston resident.

Haughton lost his job when his former employer decided to restructure the company. And, although he now does odd jobs, he said that without the monthly remittance from relatives overseas, he would not be able to cover his normal living expenses.

"It's not a big sum of money you know. But, because we need to pay a small mortgage on the house, the money cannot stretch. While, I am able to buy food to last until the next remittance arrives, I can't buy expensive food, therefore, I purchase chicken, tin food, and go to the market. Without the remittance, I know that my mother, two children and I would starve," he declared.

According to Anthony Barnes, since losing his job in 2009, he has survived by selling natural juices, but business is sometimes slow and for weeks at a time the remittance money becomes his main source of income.

"It comes in handy when business is slow because I can still send my children to school and buy my mom's medication. When business is doing well it helps to stretch the food money. So, I can buy more things that are needed, and every fortnight when I collect the remittance I know the pressure on me would have been worse without it," he explained.

In the case of 25-year-old student Lateisha Matthews, remittances help her send her siblings to school.

"I use the money for my sisters' lunch money and also to help out with rent. My mother and father send money to me and I use that to provide for the family. If it wasn't for that money my sisters would have to stay home, so I have come to depend on it to survive," said Matthews.

According to a report from the Inter-American Development Bank (IDB), remittances have become the poverty reduction programme for some 10 million families in Latin America and the Caribbean.

The IDB further states that remittances help households to maintain their consumption levels through economic shocks and adversity and supports vital investments in education, health and entrepreneurship.

Data from the Bank of Jamaica indicate that remittances to Jamaica continue to increase, with the latest figures showing that in 2013 Jamaicans received US$2.065 billion in remittances, this was US$22.5 million more than in 2012.

HOW THE MONEY IS SPENT

Remittances continue to impact development and welfare, and currently amount to approximately 15 per cent of gross domestic product. It is also an important source of foreign exchange and provides balance of payment support.

Most receivers of remittances use the money to pay utility bills, purchase food, secure medication, facilitate the education of their children and pay rent. Others have used the money for investments such as savings, or operating a business.

Leesa Kow, general manager of JN Money Services, pointed out that numerous studies have been carried out to show that remittances play a pivotal role in poverty alleviation.

"Based on studies by the IDB and the World Bank, we are aware that remittances play a vital role in sustaining many families in developing countries," stated Kow.

Kow noted that in one IDB study, persons who sent money home were earning approximately six times more money than they would have been paid in their home countries. That extra income goes a long way to assist their families.

"Funds are used to create small businesses, which stimulates the economy in their communities, and to educate young people, remittances are therefore beneficial to the local economy," said Kow.

She argued that remittances could have a greater impact on the economy if a slightly larger percentage of the money was invested.

"The challenge going forward is to get more recipients to save some of the remittances received from around the globe, as less than 15 per cent is saved in most instances. From the Bank of Jamaica figures, we realise that if recipients decided to save more of the funds, it would have greater positive impact on the economy."

According to Kow, this was part of the rationale for the introduction of the JN Money Transfer Card to allow people to realise that they need not fear the formal banking system, and that technology can assist them to make smart choices about investing the money when it comes.

"Based on research carried out in other countries recipients of remittances will open an account on the spot, if they are given the opportunity; and, therefore, we will be exploring this as an area to make remittances even more meaningful to the economy."

But whether the money from 'foreign' is used to buy food, pay medical expenses, or invested, it generates a positive impact on the economy.