Walters in China for title fight 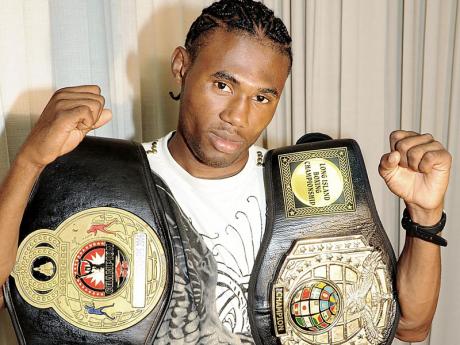 Jamaica's Nicholas 'The Axe Man' Walters, the World Boxing Association featherweight champion, arrived in China last Friday to begin the final leg of training for his world title fight in Macau, China, against Vic 'Raging Bull' Darchinyan, next Saturday, May 31.

Jacques Deschamps, who manages Walters, told The Gleaner at the weekend that he was satisfied with his fighter's preparation.

"He has been in training camp for 10 weeks and is in great condition. He has had excellent sparring partners in his camp in Panama, and a Japanese boxer, Yusuke Suzuki, who is a southpaw like Darchinyan, will spar with him during the final week of preparation," said Deschamps.

Walters, who is 28 years old, has a 23-0 record, with 18 ending inside the distance. His father, Job Walters, joined his training camp a few weeks ago, and along with trainer Celso Chavez, has been putting him through his paces.

In the first few weeks of training, some special attention had to be paid to his weight, which he had allowed to get out of hand. Deschamps told The Gleaner, however, that Walters was now on his targeted pre-fight weight, which only had to be maintained.

"He will be fine," Deschamps added.

Darchinyan, who is 38 years old, is from Armenia but now lives in Australia. He also spends some time in California. He has had a long and successful career, and has held the World Boxing Association, World Boxing Council and International Boxing Federation flyweight titles at different times.