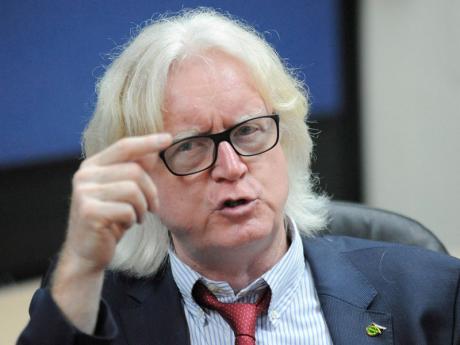 On a day when the United States (US) salutes its military heroes, two foreign combatants - Jamaica and Serbia - will clash in a football battle on American soil this afternoon.

The US Memorial Day kick-off is set for 4 p.m. (3 p.m. Jamaica time) at the Red Bull Arena and, while both countries are forgotten in the buzz of the 2014 World Cup beginning next month, playing for national pride and gauging talent for future competitions will be high on the list of goals.

The Reggae Boyz's rebuilding process, after stunning World Cup qualifying disappointment, steps up in earnest today. Serbia, ranked 30th in the world by football's governing body FIFA, represents the first in a quality quartet of games for 81st-rated Jamaica stacked over the next couple weeks. Switzerland (8th) on May 30, Egypt (24th) on June 4 and France (16th) on June 8 await in Europe.

Head coach Winfried Schäfer has endured a bumpy road to assembling Jamaica's largely inexperienced squad for Serbia. It was announced earlier that players would be swapped in and out as the four-game tour progresses. Nine players, all except captain Rodolph Austin, based in Jamaica, left the island last Saturday. They were joined by several others from US, Canada and Europe, including striker Deshorn Brown and England-born debutant Simon Dawkins, who caught up with the squad at Jamaica's only full squad training session yesterday afternoon. US-based defender Alvas Powell was scheduled to join last night.

However, Red Stripe Premier League final hero Dino Williams, whose participation in today's game was contingent on receiving a US visa, isn't in the US. United States-based midfielder Je-Vaughn Watson is also unlikely to appear. Yet Schäfer insisted he had enough ammunition to battle Serbia.

"I don't know if we have all the players," the coach said yesterday morning, " ... but we have enough good players."

Schäfer has set conservative vital targets for the Boyz, beginning with today's game, insisting that team bonding and commitment to Jamaica are priorities. Although he declined to name a starting team yesterday, national senior team debuts appear set for British-born attacking players Simon Dawkins and Joel Grant. Schäfer is also keen to see how well Jamaica responds tactically - "if they understand football" - in the lead-up to official competitions beginning later this year.

"We have to build a very, very strong team," said Schäfer of the upcoming Caribbean Cup, Gold Cup and Copa America. "... The beginning is today, for the future."

Against Serbia, Jamaica hopes to stay compact in midfield, employ a quick passing game and attack through the flanks. According to match organisers, Serbia has included big names like Chelsea's Branislav Ivanovic and Nemanja Matic, plus Aleksandar Kolarov of Manchester City and Stefan Mitrovic of SF Benfica in the squad. Schäfer expects an acid test for Jamaica.