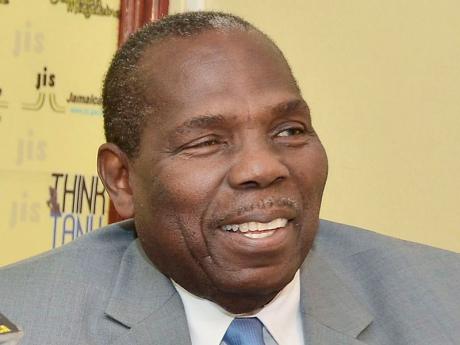 Urban Development Corporation (UDC) General Manager Desmond Malcolm does not expect work currently being carried out on the instalment of floodlights at Sabina Park to affect the staging of the first Test between the West Indies and New Zealand slated for the venue.

The match, which will be opener Chris Gayle's 100th for the regional side, is slated to get under way on Sunday, June 8, and end on Thursday, June 12.

"We have been in constant communication with Sabina Park Holdings, Kingston Cricket Club and the Jamaica Cricket Association in a bid to ensure that the match is not affected by the works," said Malcolm.

"We also intend to do daily checks so as to ensure that systems such as water and telephone services remain intact, with most of the work planned to be done around and not inside the venue.

"We, therefore, do not anticipate any disappointments or setbacks."

Malcolm, whose state agency has oversight responsibility for the project, which is being implemented by FosRich Lighting and Jentech Consultants, also explained that they are targeting a mid-July completion of the project.

This, he pointed out, should facilitate at least a two-week period of inspection by cricket and other authorities ahead of Jamaica's scheduled hosting of matches in the Caribbean Premier League.

The country, home of defending champions, the Jamaica Tallawahs, is set to stage matches on July 31, August 2 and August 3.

"We did a site visit recently with the project engineers and managers, and the word is that things are on track," outlined Malcolm.

"Excavation is almost completed for the anchoring of towers on which the lights will be mounted, while materials to facilitate the construction and erection of the light poles are being imported, and expected by mid-June.

"The completion, therefore, is expected to be by no later than mid-July, which will allow for two weeks of inspection by authorities and the doing of any adjustments necessary."

The light project was facilitated by a US$2.1 million grant from the government of India to the Government of Jamaica.

The first Test, one of three to be played by the New Zealanders, will see the West Indies hunting a winning start as they seek to avenge a 2-0 series defeat last December in New Zealand.