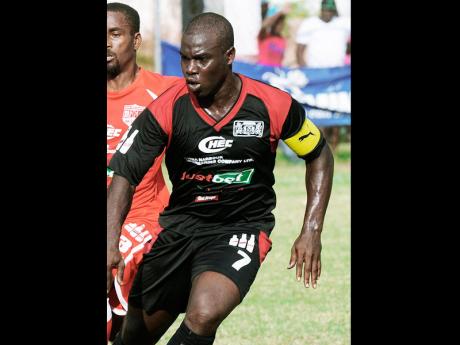 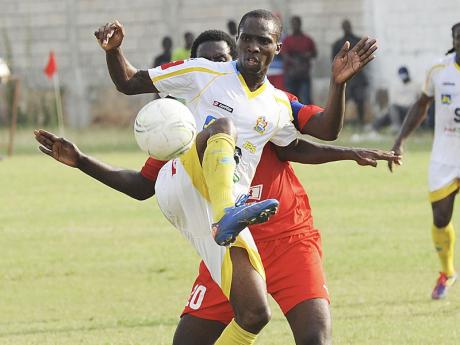 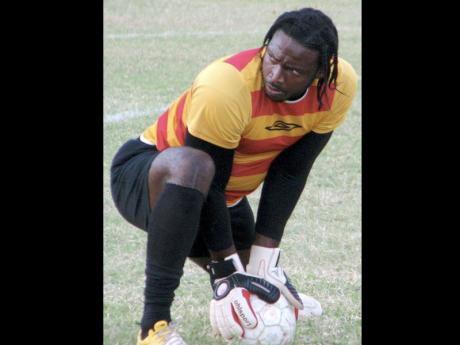 The 2013-2014 Red Stripe Premier League season has drawn to an end. I was at the National Stadium last week Monday to see Montego Bay destroy Waterhouse. It was a one-sided final, but it was thoroughly exciting. In fact, both semi-finals, as well as the final, were well supported and provided gripping, mouth-watering football. Some didn't like the change from the straight league format, but those who were arguing for the semi-final and final at the end can feel justified.

I want to pick my premier league eleven based on this season's performances. Playing a 5-3-2 system, Jacomeno Barrett of MoBay United must be in goal. He is big and imposing and dominated the box impressively all season. His ability as a shot-blocker was second to none.

At left back is Kemar Lawrence of Harbour View. He is tireless and a hard man to beat. He is sturdier than he looks and quicker than he appears. When going forward, he does the simple things well and reads the game intelligently, but he must work on his ability to cross the ball as an overlapping wing back.

At right back, I am looking no further than Xavian Virgo, although Waterhouse's Hughan Grey does deserve mention. Virgo didn't have the kind of explosive season that he normally does, but I'm not convinced that Harbour View are using him properly. Virgo is the best crosser of the ball in Jamaica bar none, and there is none better at going down the flank and picking out unrushing players in the box.

My three central defenders are Harbour View's Nicholy Findlayson and Montrose Phinn, and Cordel Simpson of MoBay United. All three are great ball winners who are reasonably adept at mounting an attack. They all possess that instinct central defenders must have: of knowing where to be when the other team launches an attack. They all were feared in the league and were tough-tackling, hard-nosed defenders.

My two attacking midfielders would have to include Romario Campbell. His form fell off badly towards the end, but for much of the season, he was the best creative player in the league. Campbell isn't the quickest player in the league and must learn to hold up the ball less, but when on song, he can be lethal both as provider and scorer.

I know that Vincent Earle didn't play a lot this season, but when I did see him in the latter stages, he was all class. In fact, his absence from the final was probably the main reason why Waterhouse were so outclassed. Vincent Earle can also play a deeper role, but his vision and passing ability make him a shoo-in for attacking midfield.

My holding midfielder would be Nicholas Beckett of Harbour View. Nobody is better in the league at protecting the centre halves and also starting an attack from deep. Plus, Beckett is always very competitive with unflagging energy.

The two strikers would have to come from Brian Brown, Dino Williams, and Devon Hodges. Who to leave out is difficult. Dino Williams is the classier of the three at his best. He reads the game brilliantly and possesses the most natural skills. Of the three, he is also the best passer of the ball.

Hodges is the hardest worker of the three and is better than the others with his back to goal, while Brian Brown is probably the most instinctive striker of all three. Because Brian Brown's form fell away towards the end in the high-pressure games, he may just have to miss out, which means Williams and Hodges start up front for me.

My top coach would be Jerome Waite. Waite breathed new life into Arnett Gardens when they were struggling badly but managed to finish a whisker from the final. My favourite referee was Kevin Morrison. He was fit, which means he was always close to the play, and he was not afraid to make tough calls.