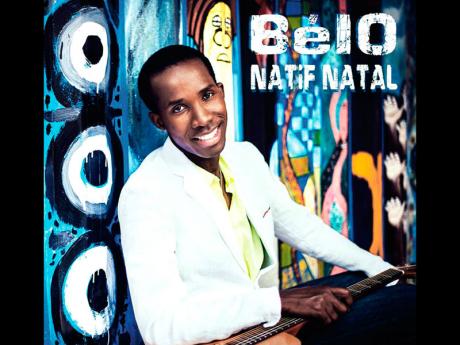 Caribbean Export and Calabash have launched a relationship which encompasses a variety of elements for this year's staging of the festival. BeLO's performance is the second of the musical contributions that Caribbean Export has facilitated. The first was by Dominican Republic musician and singer, Xiomara Fortuna, who performed at the launch of this year's Calabash and the Agency's publication, CREATE.

Calabash 2014 is scheduled to take place from May 30 - June 1 at Jakes in Treasure Beach, St Elizabeth.

Jean Belony Murat, aka BeLO, may be relatively new to the English-speaking Caribbean, however, he is well-known and loved in his homeland and on the world music scene. His messages of tolerance, awareness, empathy, and emotional connection are transmitted through an infectious blend of jazz, rock, reggae, and Afro-Haitian genres. Although his lyrics are in BeLO's native Creole dialect, the sounds induce listeners to move.

BeLO's talent transcends the boundaries of traditional and local music to spread his message across the world, using culturally authentic music in much the same way that countless Jamaican artistes have done with reggae.

Since its inception in 2001, Calabash has played host to some of the world's most revered writers and luminaries, however, those who have presented their work at the festival not only encompass some of the most prolific authors, but also those who marry word and melody.

Caribbean Export is a regional export development and trade and investment promotion organisation of the Forum of Caribbean States currently executing the Regional Private Sector Programme funded by the European Union under the 10th European Development Fund. Caribbean Export's mission is to increase the competitiveness of Caribbean countries by providing quality export development and trade and investment promotion services through effective programme execution and strategic alliances.