From no house to the White House 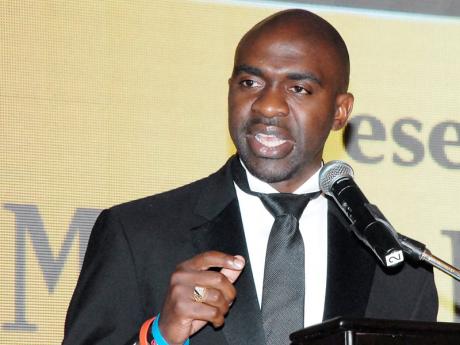 "I was able to move from no house to the White House," declared Michael Alexander Blake triumphantly, as he spoke with The Gleaner.

The young American of Jamaican parentage, whose family defied abject poverty, has emerged as a charismatic aide of United States President Barack Obama.

Blake was quick to point out that the refrain "no house to the White House" was borrowed from his mother.

It was she who had struggled to send him to school in the tough years after migrating to the US in search of a better way of life as she slept on church pews.

Blake's mother, who hails from Alexandria in St Ann, was with him in Jamaica. His father, from Papine in St Andrew, is deceased.

Blake said he seized the opportunity to visit the birthplace of his father.

After chatting with The Gleaner, Blake addressed a gathering of prominent Jamaicans at The Jamaica Pegasus hotel in New Kingston on Saturday night.

Men and women from all echelons came out to acknowledge the benevolence of well-known Jamaican entrepreneur, Karl Hendrickson, the 2014 recipient of the Martin Luther King Jr Humanitarian Award's banquet where Blake was keynote speaker.

Blake's authoritative voice took on an added intensity as he declared: "President Barack Obama gave me the incomparable honour of being his director of African American outreach, along with director of minority business and state and local outreach in the White House".

Blake's pride of being of Jamaican stock was amply manifested when he asked professional photographers snapping away to pause and allow his elderly uncle the honour of taking family portraits of his mother and aunts.

The man, who has his eyes set on representational politics in the Bronx where he was born, indicated that his initial dalliance with matters political started in a curious way.

He told The Gleaner that although he was born in the US, he was blessed with his first name from former Prime Minister Michael Manley and his middle name from Sir Alexander Bustamante, another former prime minister and national hero.

Blake, on his sixth visit to Jamaica, disclosed that he grabbed the opportunity to visit the graves of the two men.

He told The Gleaner that he, born on Christmas Day with a heart murmur, embodies the dreams and aspirations of poor Jamaicans.

"Think of this: The first black president who had the chance to select anyone in the world took a chance on a young Jamaican American named after Michael Manley and Alexander Bustamante, from the poorest county in America, from the place that was described as savage inequality."

As an aspiring politician who was born and raised in a tough community, Blake told The Gleaner he was interested in seeing another struggling inner-city community - that of Trench Town in South St Andrew first-hand - and that he did.