Teen mom rises against the odds 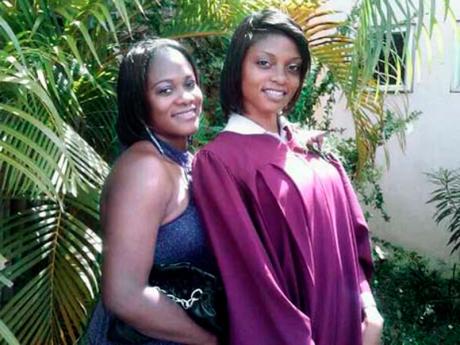 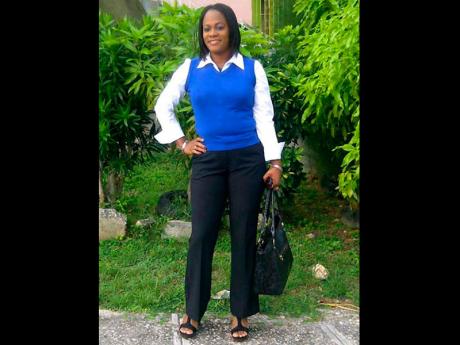 Through hard work and perseverance, Ingrid Burchell-James has risen against the odds and conquered the problems that often prove too burdensome for teenage mothers in Jamaica.

At 15 years old, Burchell-James discovered she was pregnant after having sex for the first time.

"At that tender age it was hard. My world came crashing down. I did not know what I was going to do with this child or how I would take care of it. I was thinking all kinds of negative things," she told The Gleaner.

"My mother didn't react any way, but deep down I knew she did not approve and that she wasn't in the position to care for me plus another mouth."

A few months after learning of her pregnancy, Burchell-James dropped out of school, leading to many gloomy days at home.

"A friend came by one day and told me about the Women's Centre in Montego Bay (in St James). I went and checked it out, and from there on I signed up. I had to walk about an hour every day to get there, but I was determined. I wanted an education and a change for my life as I didn't receive much help from the father, and my mother wasn't in a good financial position," she said.

"I got the same teaching as I would have received in school and some well-needed counselling that helped to boost my self-esteem. After the course and the birth of my daughter, they placed me back into high school."

She added: "I am so grateful for the Women's Centre because if it wasn't for them, trust me, I don't know where I would be. Maybe I would be in Mr Chin's shop or some supermarket."

Burchell-James went to Cambridge High School for two years, then moved on to attend the Kenilworth HEART Academy in Hanover where she studied food preparation.

After that, she began working in the kitchen of the Wyndham hotel, but still yearned for more and went on to earn passes in five Caribbean Examinations Council subjects during her eight-year tenure at the hotel.

However, it wasn't until she attended the Sam Sharpe Teachers' College that Burchell-James discovered where her heart truly belonged.

"It was after graduating from teachers' college that I got a job at the Women's Centre in September 2010, where I taught mathematics and science," she said.

"At that moment, it felt like such a joy to give back to the institution that had done so much for me."

She added: "I always said when I was at Sam Sharpe that I would want to teach at the Women's Centre, as I wanted to share my experiences and inspire the students. I should be used as an example because I may have got pregnant but my life certainly didn't stop there."

The hard work didn't stop there, as she went on to study at the International University of the Caribbean and received first-class honours in teacher education in July 2013.

"Getting pregnant as a teenager is never the end. You may fall, but you must get up, brush off yourself, and move on. You are not going to be the first and you won't be the last. I made use of my second chance and I believe others should follow my example," Burchell-James stated.

Now at 36 years old, Burchell-James is happily married with three children and working as a teacher at St Mary's Preparatory School in St James.

"My daughter will be 21 years old this year, and that is truly a joy. The pregnancy also helped me to be a better mother, as I am now better off to instruct my children and teach them fundamental values that will contribute towards their development," she said.