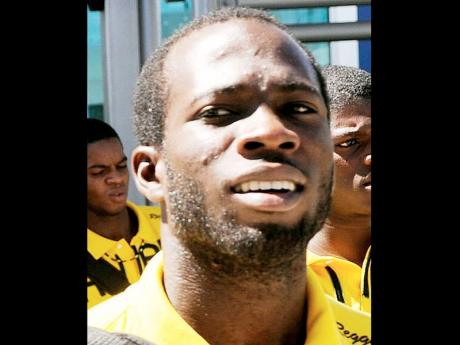 Reno FC's technical director, Wendell Downswell, said his team's strong second- half display against Axum in the first round of the Jamaica Football Federation Confederation play-offs has set them up for a return to the Red Stripe Premier League.

"We had a good talk at the half, and we switched around a number of things, and the tactics worked like a charm," the highly respected Downswell said.

"We had Melvin Blair pushing more into the forward line in support of main striker, Craig Foster, and we utilised our speed on the flanks to get the better of Axum," he said.

A lukewarm first 45 minutes in which neither Reno nor Axum looked capable of breaking the deadlock was soon transformed into a brutish display of attacking football by the homesters, notwithstanding the slippery underfoot conditions because of rain at the Frome Sports Complex.

The deadlock was broken when Foster raced by a defender and was pulled down inside the area by George Baxter and a penalty was awarded. Foster brushed himself off to fire Reno into the lead from the spot in the 51st minute.

The build-up to his second goal was simply magical. It took Reno three passes in midfield to find Blair on the right flank, and he dismissed his marker with the utmost ease before passing the ball inside the area for Foster to tap home his 18th goal of the season in the 60th minute, with the rain streaming down.

The goals seemed to have inspired Reno even further, and the striker turned provider with a neat pass to pick out Blair, who lashed his right-footed shot past the Axum goalie for Reno's third in minute 78.

The rout was completed with a goal from Renario Downswell - son of Wendell - three minutes from time.

"This win augurs well," said Downswell. "We wanted a win to set us up going to Kingston on Wednesday and we got it."

Reno lead the standings with three points and a superior goal difference over Clarendon's Jamalco, which also have three points following their 1-0 victory at Hayes over Kingston and St Andrew's Barbican. Mickardo Lawl scored for Jamalco in the 13th minute.