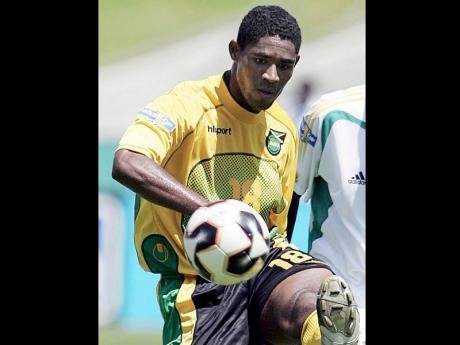 Jamaican international Khari Stephenson opened his season's account by scoring two goals for the San Jose Earthquakes in their 3-0 win over Houston Dynamo at San Jose in the MLS on Sunday night.

Stephenson opened the scoring in the 38th minute by rocketing a low shot from an indirect free kick just inside the Houston area into the far right corner of the goal. His second goal was a penalty, which he converted in the 58th minute by firing into the right side of the goal and sending the Houston goalkeeper, Tally Hall, the wrong way.

The Earthquakes' third goal was scored by striker Atiba Harris in the 70th. San Jose are now on 13 points from 11 games in the MLS' Western Conference.

Brendan Rodgers signed a new long-term contract as Liverpool manager yesterday, a reward for reviving the fortunes of one of England's biggest clubs during his two years in charge at Anfield. The 41-year-old Northern Irishman has proved a perfect fit at Liverpool since taking over from Kenny Dalglish in the summer of 2012, and steered the team to an unexpected title challenge in the Premier League last season.

"We'll now move into the next phase," Rodgers said. "We're into the Champions League. Our dream and goal is to win the Premier League - that's what we want to do."

Exact details of the new contract were not disclosed.

Left-hander Darren Bravo warmed up nicely for the first Test against New Zealand with a hundred on the opening day of a three-day practice match against a Barbados Select XI yesterday. The 25-year-old hit 124 as West Indies were dismissed for 272 at the 3Ws Oval, UWI Cave Hill Campus. At the close, the Barbados Select XI were 26 for two, with one wicket apiece for fast bowlers Jerome Taylor and Kemar Roach.

West Indies lost Kieran Powell cheaply for five with the score on 10, but Bravo and Kirk Edwards, who stroked an even 50, added 134 for the second wicket.