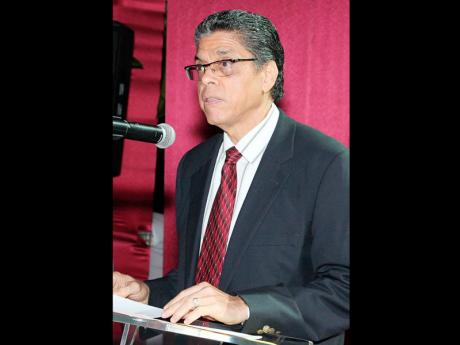 Jamaica's building societies thought they had finally convinced the central bank to yield on credit cards, based on interpretation of the new banking services bill, but Bank of Jamaica (BOJ) has poured cold water on their ambitions.

If mortgage sellers want to issue credit cards, they will still have to upgrade to commercial bank status, the central bank clarified to Wednesday Business this week.

Last year, Jamaicans financed 16.1 million transactions through their credit cards, for a total spend of $161.3 billion, according to central bank data. Outstanding credit card receivables up to March 2014 was just under $28 billion.

Building societies, in the core business of selling mortgages, have long sought a piece of the lucrative credit card market that is the sole province of traditional banks.

BOJ counsel Robin Sykes reaffirmed the status quo after requests for comment on a presentation made by president of Victoria Mutual Building Society, Richard K. Powell, before the committee reviewing the proposed Banking Services Act on behalf of the two stand-alone societies, the other being Jamaica National.

"It is apparent from Section 19(1) of the bill that a building society, licensed as such, will have power to carry on all forms of banking business - including, for instance, issuing cheques and letters of credit. This is consistent with activities of building societies elsewhere. In particular, we are pleased that we will now be in a position to better serve our clients' needs by issuing credit cards," said Powell's scripted presentation.

"Please confirm that it is your understanding and intent that building societies will be put on an equal footing on a level playing field with commercial banks," he said.

Sykes said the new banking legislation, which will merge various financial laws, does not aim to make operational changes. The current rights applicable to different deposit-taking institutions will remain intact.

"It is not that we are making building societies into banks," he said.

BOJ regulates all deposit-takers, including building societies, commercial banks and merchants. Credit unions are currently being brought under its ambit.

"Credit cards, you would appreciate, are unsecured loans," said the central bank counsel. In order for the societies to access that unsecured credit market, they would have to be regulated more closely along the same lines as commercial banks, he said.

"They have a strong argument in that, to a great extent, a lot of their operations are quite in line with banks. But, the nature of the sort of loans which they generally give, residential loans, the rate of default is usually less ... therefore, they tend to have more stable loans and, therefore, they have more regulatory leeway," Sykes said.