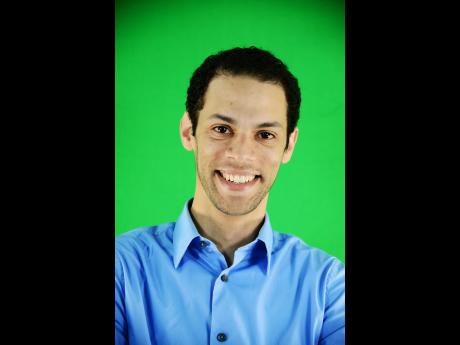 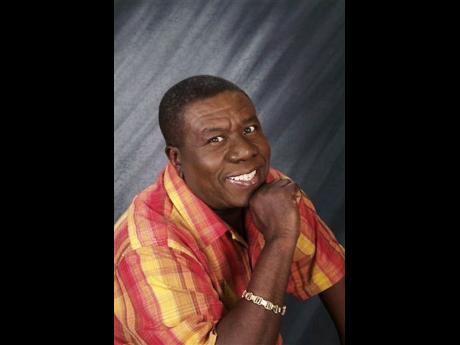 The dying sun flooded the sky with orange watercolour, and the boy watched his long shadow as he ran - it looked as if he were on stilts. The air smelled of ash and the fritters frying behind the barracks. His belly gurgled, but still he ran, past the low wooden buildings, past the three women preparing dinner, past the outhouse, heading for the sound of laughter. He barrelled into the clearing and stopped, a small cloud of dust like tiny fireworks around his feet.

There they were - 20 or so men and women sitting haphazardly around Mr Hunt as he read from a few dog-eared pages of newsprint. His voice was articulate and sonorous, and the evening breeze slapped the broad, wet leaves of the banana trees in mock applause. As the boy approached, the old man paused and looked at him. “And now,” said Mr Hunt, “let’s have a poem from young Oliver.”

Thus began the entertainment career of Oliver Adolphus Samuels, a métier spanning five decades and an estimated 3,300 performances, stretching from the plantation dirt of Tremolesworth, St Mary, to the pinewood stage of Ward Theatre in Kingston and far beyond, along the way transforming a country hand into a national hero.

He is welcomed into Jamaican communities wherever they form - in New York, Miami, Atlanta, Toronto, London - not as a stranger or even a friend, but as one of the essential comforts of home, alongside bulla cake, spiced bun and Bombay mangoes.

Unlike Bob Marley and Usain Bolt, who have been lost to the homogenising firehose of global fame, or luminaries like Mary Seacole and Malcolm Gladwell whose island heritage is mere footnote, Mr Samuels seems destined for a place alongside Louise Bennett and Merlene Ottey in the gallery of in-betweeners - household names that mean nothing to foreigners and so feel like open secrets to be held especially close at heart. But what is the nature of that secret? What is the meaning of his resilient celebrity?

Mr Samuels’ stage persona is that of a pugilist teddy bear - full-bellied, full-throated, full-throttle. He is unabashedly working-class, dismissive of rules and etiquette, a blunt instrument of deadpan malapropisms and equal-opportunity insults. Part dad, part dud, neither savant nor servant, convinced of his dignity and comically apt to lose it, ‘Oliver’ is the quintessence of how we see ourselves, or like to see ourselves, or at the very least hope to see ourselves as Jamaicans - simple, plainspoken and authentic in a world of complexity, confusion and contradictions. He’s our true north.

It’s a powerful archetype, which explains why his spirit inhabits so many of our male media stars - we keep reincarnating him in vessels like Volier Johnson, Winston Bell, Oral Tracey, and Alton Hardware (aka Fancy Kat). More than any of them, though, it is Mr Samuels whose journey has tracked most closely with his homeland. In a country with a million people in destitution, it is fitting that a boy who clambered out of rural poverty (with pit latrines where the humorist recalls “cockroaches playing trumpet on [his] balls”) became the man who found the knockout paunch.

But the stability of Mr Samuels’ fame also speaks to our arrested cultural development. In the same diaspora cities he frequents, art is constantly in flux as new faces, technologies and movements displace old. Not so in Jamaica. We remain firmly shackled by the psychology of the plantation, where reputation is built on longevity over creativity, and change resisted rather than embraced.

Though Mr Samuels’ success is undoubtedly due to his superlative comic timing and hard work, a hidden part has been played by an industry and society heavily biased towards what it already knows. This is why our theatre has decayed into irrelevance, and our country has declined into complacency.

Progress only deserves the label if it outpaces life itself; otherwise, it is nothing more than the passage of time. In watching the comedian from the riotous heyday of ‘Oliver at Large’, through his baroque collaborations with playwright Patrick Brown, to his current late-stage work, for better or worse we have been watching our nation age without advancing.

When we laugh with him, it is self-deprecating humour, but perhaps it should be tinged with the sadness of knowing that somewhere in St Mary, another young boy is running down a dirt path, with nowhere at all to go.