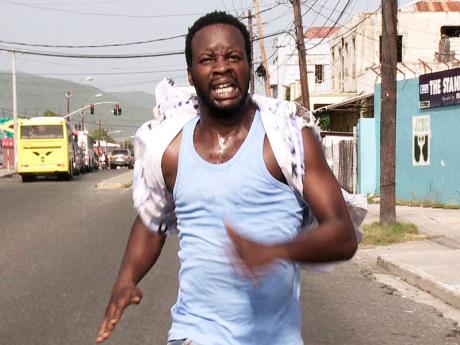 Rocksy, played by Christopher Daley, runs down East Queen Street during a scene from the Mary Wells-directed 'Kingston Paradise'. - Contributed 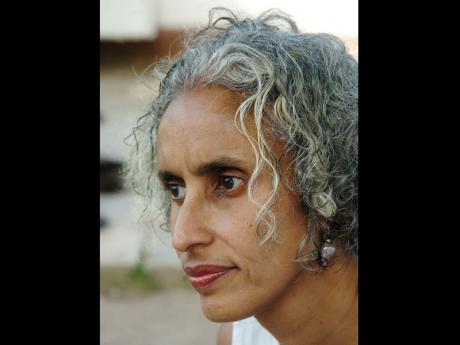 The announcement of the win came on Saturday night in Yenagoa, Bayelsa State, Nigeria, where the world's third-largest movie industry resides.

The African Movie Academy Awards is a celebration of African heritage and culture. In 2014, it celebrated its 10th anniversary, which is a testimony to its presence in the ever-changing dimensions of film and creativity across Africa and the African Diaspora.

Hundreds of films were entered for the awards show across the continent of Africa and globally, with international media, particularly CNN, dubbing it 'Africa's Oscars'.

Kingston Paradise, executive produced by CaribbeanTales, is an offbeat urban thriller that follows Rocksy, a small-time hustler, who journeys to steal a car while his lady friend, Rosie, dreams of peace depicted in a painting. A crime of desperation follows that changes their lives forever. The film stars Christopher 'Johnny' Daley, Munair Zacca, Camille Small, Gregory Nelson, Paul Shoucair, and Peter Abrikian, alongside other local cast members, local and international crew, including principal technical services provided by the Creative Production & Training Centre Ltd.

The film was also awarded 'Festival Programmers Award - Narrative Feature' at the Pan African Film Festival in Los Angeles earlier this year and the 'Audience Award & Special Mention for Best Feature Narrative' at the 2013 CaribbeanTales Film Festival in Toronto.

Mary Wells is an award-winning independent film director/writer and producer from Jamaica with more than 20 years' experience in TV and film production.

Kingston Paradise is her first feature narrative and she is the first woman to do a feature film from Jamaica.