'Powerful Women and Men' continues to be enjoyable 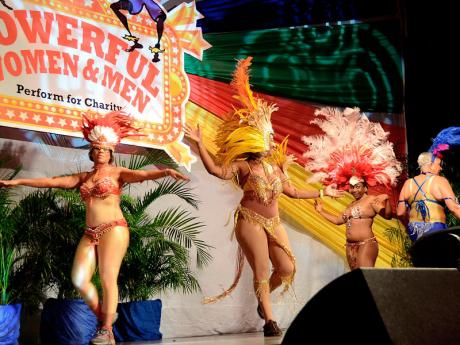 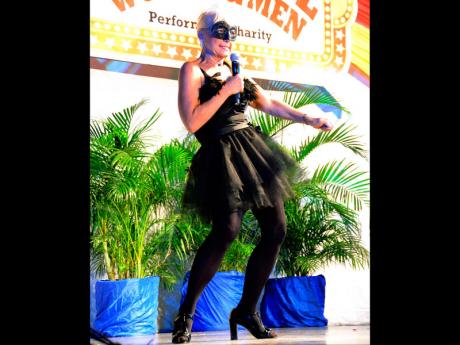 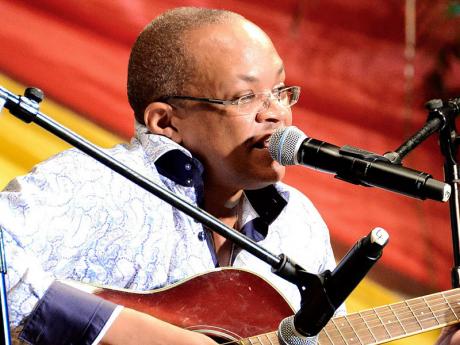 The 14th staging of Powerful Women and Men Perform for Charity held on Sunday at the Karl Hendrickson auditorium was enjoyable.

The performers, who came from a pool of professionals, entertained the large turnout with a fashion showcase, different genres of songs and dances, as well as comedic acts.

Leading the charge of comedians was Michael Abrahams, who appeared twice on the programme. In his first appearance, the goodly doctor had the audience singing approval to his scorching criticism of politicians, among others in Tribute to Heroes.

"Wi fi do without, while dem stuff dem mouth ... Figet about party," he advised before ending with, "We need some heroes."

On his second appearance, Abrahams took a lighter approach. Seated with guitar in hand, he highlighted some social ills in What a Gwaan inna Jamaica. Few were spared his satiric wrath.

"Portia is working, working ...the dollar a slide so be prepared fi di funeral" he sang.

The other comedians were Lloyd B Smith, and featured act Rashine 'Dutty' Berry. Both seemed to have left their funny mojo at home.

But that was not the case for Jamaica Public Service Company (JPS) Kelly Tomblin.

While she was not one of the comedians, her attempt at lip syncing to the song Dancing Queen (along with Renee Hartley and Roxene Nicholson) amounted to stand-up comedy.

Dressed in black, Tomblin justified her billing as a featured act with a bundle of slips and misses. From her ballerina-like leg extensions to forgetting to hold the microphone to her mouth (after all it is lip syncing), she had the audience laughing.

On the other hand, the musical selections, while not so hilarious, included outstanding performances.

The fashion show, titled 'Ladies at Tea with Distinguished Gentlemen', was creatively presented with the female models adorned in clothes from Angela's and hats from Cinderella Hats. The men were dressed by Max Brown.

Not to be outdone, the dancers gave a good account of themselves. The National Geriatric Dance Troupe, a mainstay on the programme, gave a creditable performance with its piece, Soca Sizzle.

So, too, it was with Carol Francis and Friends' well-executed reggae dance.

But the pick of the show was the closing piece, Happy Dance, performed by the International Youth Fellowship Group.

Amid the giveaway of chocolate bars and glow sticks, the audience joined The Happy Dance, ending the concert on a high note.

The theme of the concert was 'It's All about Reaching Out'. Welcome remarks were made by Reverend Father Garvin Augustine, executive director of The Mustard Seed Communities, the beneficiary of the concert. Dahlia Harris was the event's master of ceremonies.