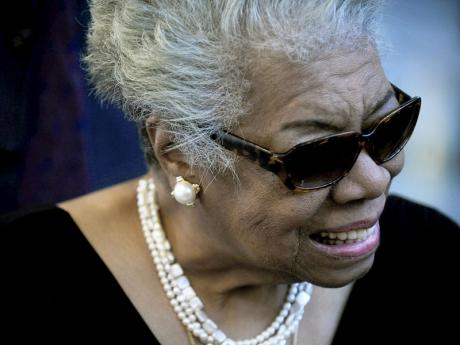 MAYA ANGELOU has bowed out of plans to attend an event in Texas where she is to be honoured due to ill health.

The acclaimed author, 86, was scheduled to be honoured at the Major League Baseball Beacon (MLB) Awards Luncheon this Friday in Houston, Texas, but has now dropped out.

MLB officials cited "health reasons" for her decision to skip the ceremony, which will take place before the annual Civil Rights Game between the Houston Astros and the Baltimore Orioles. No further details about her condition have been disclosed at this time.

A statement issued by Angelou said: "It is with deep regret that I am unable to attend the MLB Beacon Awards Luncheon.

"I am very proud to be one of the MLB Beacon Award honourees, among an impressive list of figures that were, and still are, part of the civil rights movement."

According to reports, the writer also failed to make an appearance at an event last month due to health reasons, which led to a brief hospital stay.

The MLB Beacon Awards Luncheon is among the events surrounding the Civil Rights Game that pays tribute to people who fight for equal rights.