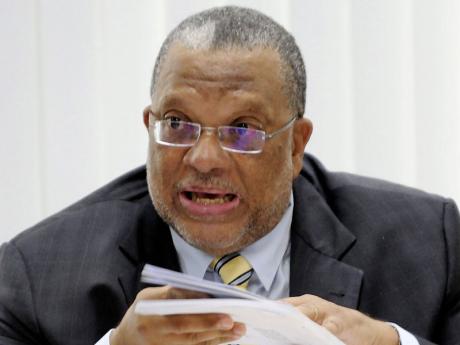 The amendments will also pave the way for the sale of sports bets and lottery tickets from mobile outlets on the island.

Finance Minister Dr Peter Phillips, who piloted the bill, said it was important that the illegal trade be stifled, arguing that not only does it rob the State of revenue, but the proceeds could end up fuelling other illegal activities.

Phillips said there was great urgency to bring the illegal gaming sector within the ambit of the commission.

"To the extent that you have billions of dollars existing in this grey area, then there is the risk that it goes into illegal paths and weakens the fabric of law and order in the society and denies the resources that should be in the revenue," Phillips said.

The minister noted that the commission now has the power, under the amended bill, to regulate activities that were not previously dealt with. The bill imposes a requirement on the commission to satisfy that a person is fit and proper before being issued a gaming licence.

Audley Shaw, the opposition spokesman on finance, said the level of illegal activity in the gaming sector was "horrendous" and called for the commission to significantly sharpen its ability to encourage "those who are now involved in illegal activities to become part of the formal process.

"Legislation can only take us so far. It is in the implementation that we are falling down," Shaw said, while pointing out that an estimated 30 to 40 per cent of the sector was operating illegally.

He warned that if the commission does not effectively deal with the problem, half of the industry could become captured by the illegal operators in short order.

Sonia Davidson, vice-president, group corporate communications, at Supreme Ventures Limited, said the passage of the amendments would facilitate plans her company has been trying to implement for the expansion of its sports-betting operation.

"The new category of sports-betting outlet will allow us to commingle sports betting at many of our lottery locations islandwide," Davidson said.

"With the World Cup in June, the timely passage of the amendments will allow us to capitalise on increasing revenue through the sports-betting operations."

A sports-betting outlet is defined in the bill as any premises or location in conveyance or medium for the purposes of conducting the business of sports betting.

The amendments to the bill have formalised actions that were taken in June last year, which include increasing the duties on Cash Pot, Lucky 5, Pick 3, instant games, Pick 2, and Pick 4.

Those duties rose from 17 per cent to 20 per cent, but in exchange for the increase in the tax take, the Government had agreed to allow betting on Sundays and public holidays.

The tax take from Lotto, Super Lotto, and Dollaz games had been moved up to 25 per cent from 23 per cent.