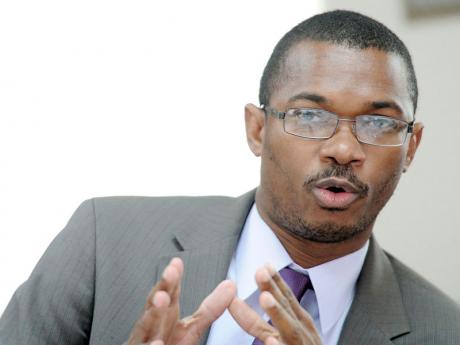 JUNIOR FOREIGN minister Arnaldo Brown has urged members of the World Trade Organization (WTO) to move with some urgency to agree on various categories of commitments, particularly the trade facilitation activities that can be implemented immediately.

The minister was speaking at a WTO trade facilitation national self-assessment of needs and priorities workshop at The Knutsford Court Hotel, St Andrew, on Monday.

Arguing that trade facilitation is "one of great importance to Jamaica", Brown said given the significant role of trade to the country's economy, this area should be advanced.

"In 2012, for example, total value of trade for Jamaica was US$8.3 billion, with imports valued at US$6.6 billion and exports US$1.7 billion. More importantly, as you are all aware, our economy is very open, with diverse trading links across the globe. These links are expected to expand even further when the major project of making Jamaica the premier logistics hub within the Caribbean comes to fruition. The realisation of this will provide a more modern, efficient and dynamic framework for enhanced trade creation and expansion," Brown said.

"Now that the agreement is a reality, it is incumbent on us to ensure that we undertake the necessary measures to effectively implement it and to derive maximum potential benefits which could accrue from its effective implementation," Brown said.