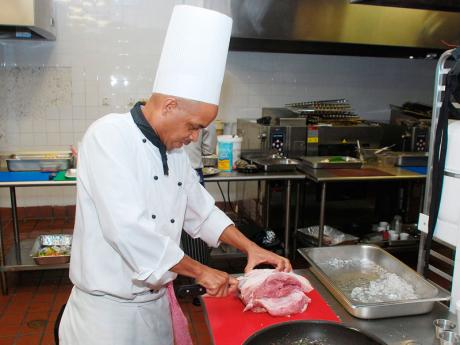 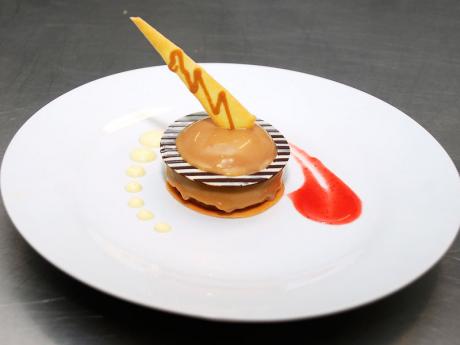 Taste of the Caribbean gold medallist, Teresa Clarke's cappuccino mousse tastes like a sure winner. 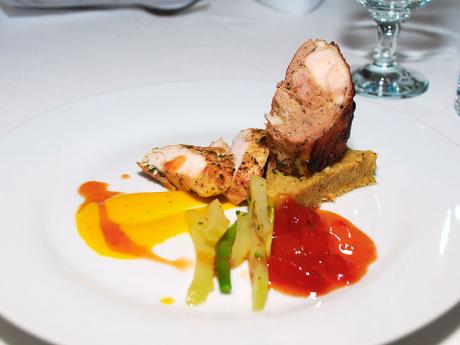 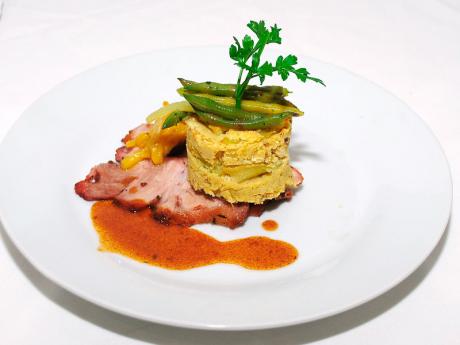 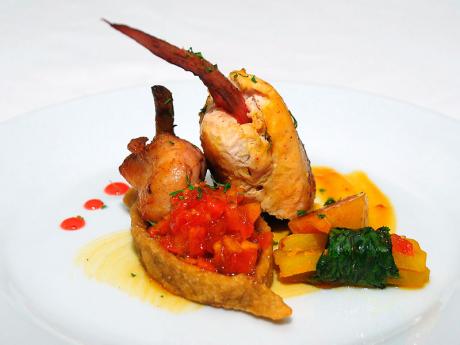 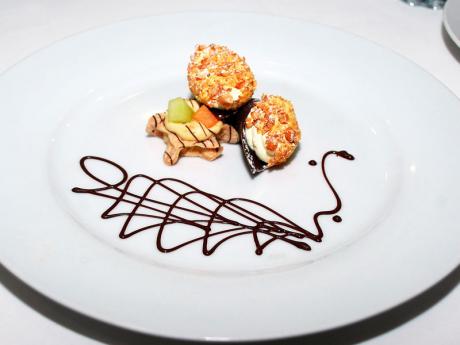 Still marinating in its record haul from last year's Taste of the Caribbean Culinary Competition, the Culinary Federation of Jamaica is on the final leg of preparing 'Team Jamaica' for the regional showdown in Miami, USA, from June 28 to July 2 this year.

Last Monday, the 10-member team titillated the taste buds of 30 diners-cum-food critics at another of its practice sessions at the Montego Bay Convention Centre; presenting 11 well-prepared savoury and sweet dishes, as well as three mixed drinks dubbed 'Jam Rock', 'Lover's Leap' and the refreshing 'Push Cart Punch,' the favoured flavour.

The chefs and bartenders served up culinary delights, including a seafood salad with pimento-infused scallop, ginger and tarragon fish roll, served with baby greens, tempura jackfruit petal and tomato and papaya salsa; Jamaican Seafood Chowder, with Scotch bonnet oil, which was one of the tastiest dishes of the evening, and a cappuccino mousse with coffee cream, coconut and lychee curd, almond praline and vanilla sauce, which should prove to be a medal contender for pastry chef and gold medallist Teresa Clarke.

The team members took great care in preparing their signature dishes, and upon presentation were given constructive pointers by team coach and chairman of the Culinary Federation of Jamaica, Dennis McIntosh, and directors of the body, Mark Cole, Walcon Austin and Warren Rowe. Guidance was also given by noted chef Louis Bailey, a former executive chef for the Sandals Group, and who was dubbed the 'flying chef' from his stint with Air Jamaica. Team Jamaica is being sponsored by Best Dressed Chicken and Rainforest Seafoods.