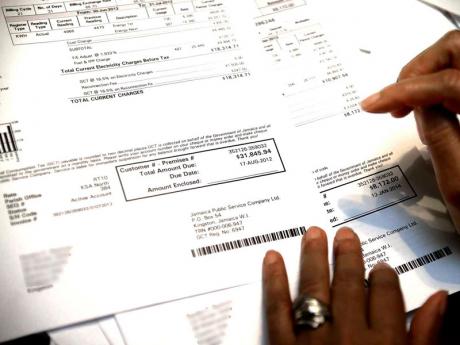 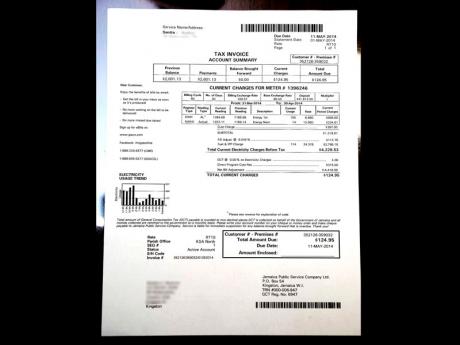 Sandra stood proudly as she showed The Gleaner her Jamaica Public Service Company (JPS) electricity bill for the month of May, which came to a total of J$124.95.

Sandra, who opted not to use her full name so she could maintain her privacy, said the document serves as an example that there are better methods than stealing electricity to drastically decrease their bills.

Living close to Stony Hill in St Andrew, Sandra owes her reduced bill to the 2,400-watt solar panels that were installed on her house in 2012, as well as other efforts.

"I was looking into going solar from a long time due to how high my electricity bill was (J$15,000-J$20,000 per month). I had forgotten about it in 2008, however, as the company I had approached gave me an estimate of J$2.4 million to have it installed," Sandra said.

"However, three years ago, my brother came to me with a piece of paper and said this light bill is getting out of hand. He said I had to think about going solar and the very day I spoke to this gentleman, he came and gave me an estimate of J$1.3 million, after which I started to save towards it," she added.

Subsequently, another colleague of Sandra's introduced her to New Leaf Power & Conservation Solutions Limited, which told her it would cost US$9,000 to install the solar panels atop her house.

Within two months, in September 2012, she had the solar panels installed.

Sandra was faced with a minor bump in the road, however, as after installation, she had a digital JPS meter installed.

Due to this, her electricity bill was even higher as the meter could not calculate the amount of electricity she was giving back to the grid via the solar panels.

After requesting to be part of JPS's net billing programme, and have a new meter installed, it took the light-and-power company a year, until October 2013, to carry out the necessary instalments.

"I was getting incorrect readings for a whole year and, when we finally got the meter, JPS charged me three months light bill up-front and then I had to pay $25,000 for the meter," she said.

But Sandra has been satisfied ever since, as her bill has been at an average of J$1,000 per month, falling to $124.50 for this month, largely due to the fact that it is almost summer, when more solar energy is available.

"Even during Hurricane Sandy, the guys from New Leaf called me to find out if I had any problems. However, everything was fine," she said.

"When you look at it, Jamaica has an average of five hours of peak sunlight per day, we really don't have to be stealing electricity. The Government and corporate Jamaica can actually implement initiatives to help these inner-city people," Sandra continued.

She has also implemented other methods to decrease her light bill, such as the installation of LED motion-sensor lights at various points throughout her home.

"People really can make changes to really help their electricity bill. When I got the LED lights and installed them, my light bill had already gone down by J$2,000 and that was before the solar panels were installed," she said.

"I also have a timer on my fridge that turns it off at 10 p.m. and turns it back on by 4 a.m. The electricity bill can be high, but if the proper long-term measures are put in place, then everyone can save a lot of money. Believe me, if you get a solar panel, it will be more than worth it," Sandra added.

At the end of five years, Sandra will have saved the US$9,000 she spent on the solar panels.