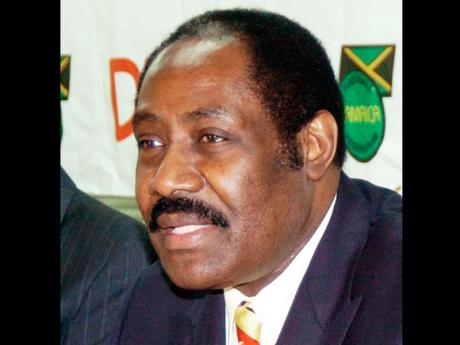 Jamaica's participation in the COPA America next year alongside some the world's best football teams is just one of the many things Captain Horace Burrell is looking forward to during his next term as president of the Jamaica Football Federation.

Burrell, whose most recent term has been marked by constant criticism - especially over Jamaica's failure to qualify for next month's World Cup in Brazil - is optimistic that the future of Jamaica's football is much brighter under his continued leadership.

So what are the objectives for his new term in office?

"There are many. We are now undergoing a major restructuring exercise. First of all, our executive committee is being structured to fall in line with other federations worldwide. We continue to pursue our coaching education so that our youngsters who play the sport will, from the tender age of say six, understand the basics and be taught the right way," he said.

"In terms of our national competitions, we intend to give opportunity to our females. Since Cedella Marley has come on board already, we have seen tremendous changes in terms of the interest from the girls and just about everyone associated with female football. So based on what I see, this is the road to take on."

He was especially proud of the invitation extended to Jamaica to play in the COPA America tournament next year, but first wanted to focus on events Jamaica will be hosting later this year.

"We are going to be hosting the Caribbean Cup in Montego Bay in November. We are also going to be hosting the CONCACAF Under-20 Championships," he said. "Next year for the first time in our history, we will be participating in the COPA America tournament alongside Brazil, Argentina, Colombia, Uruguay and Paraguay. When I look down the road, I see so many great things happening for football. The future looks very, very bright."

The immediate horizon is a bit gloomier, however, as the plan to overhaul the current structure of football has met resistance from the powerful Kingston and St Andrew Football Association (KSAFA). Nevertheless, Burrell was confident that the change would take place even if concessions have to be made.

"Whenever changes are anticipated there is always objection and controversy, but we are in fact very focused," he said, citing that there is only resistance from certain elements within KSAFA, but that he was willing to listen.

"We are continuing to talk. We will continue to speak with the stakeholders. Nothing is cast in stone. Whatever the stakeholders - including KSAFA - decide that is exactly what will take place. It will be a win-win in the end and Jamaica's football will emerge the winner."