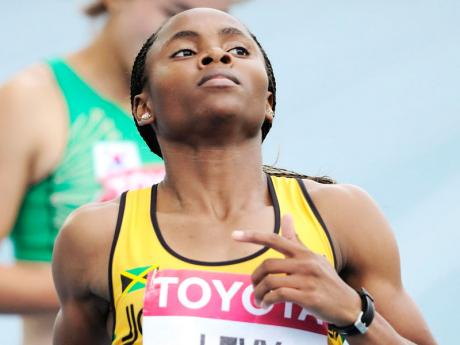 Jamaican sprinter Jura Levy had a welcome return to form, claiming the sprint double at her final National Association of Intercollegiate Athletics (NAIA) Outdoor Championships in Alabama last weekend, as she closed out her collegiate career.

Representing Oklahoma Baptist University (OBU), the 23-year-old Levy broke her own record in the 100 metres and only just missed the record in the 200 metres.

Levy was happy to bow out with the victories.

"I am very excited," said the athlete who, after the weekend victories, now holds six NAIA outdoor titles and 13 overall.

"I was expecting the times because I wanted to break the 100m and 200m records at nationals. I failed a little bit in the 200m because the competition wasn't as strong as I would have hoped."

Levy is also happy to have been able to compete relatively injury free. Having battled injury for most of the past three seasons, she is getting ever closer to being fully healthy. However, she has some way to go.

Now that the curtain has come down on her stellar college career at OBU, Levy is reflective.

"It was a great opportunity that was given to me to go to OBU. I had a lot of ups and downs, but I had the opportunity to experience working with others most may call a 'team'. For me, however, it felt like a family," she said. "I have never been on a team that made me cry before, when it was time for me to leave."

She continued: "I have never lost a national title and that's great, but I did not do it on my own. God, my family, my coaches and my teammates pushed me every day at practice. When I felt I just couldn't do it, they reminded me of what we were working towards. On the day of championship, they were the ones in the stands yelling 'OBU!' I will be forever grateful and thankful to them."