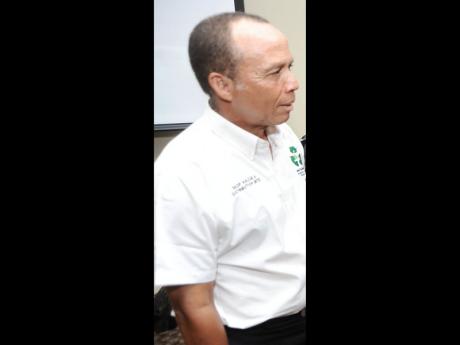 A Jamaican distributor has found a way to monetise old tyres by crushing them into crumbs, shipping the product to markets overseas and selling locally for use in the making of construction material and other applications.

The test of the business model and its durability begins in another one to two months when the plant ramps up.

SKDP Haulage and Distribution Limited, which is based in St Ann, says it will tap into "over one million tyres" discarded across Jamaica annually, and has already secured several supply channels through agreement with various dealers.

The company is in the business of distributing health and nutrition products from its base in St Ann. Its foray into tyre recycling is to be handled by a new division, Jamaica Rubber Products.

Jamaica Rubber plans to start crushing tyres in July and is stockpiling inputs in preparation.

The stockpile so far has reached about 13,000 used tyres.

Though Philibert declined comment on the precise investment in Jamaica Rubber, he told the Financial Gleaner that a "project like this would run you anywhere between US$500,000 to US$800,000 if you are going to set it up properly".

"This means you are going to need your own collection units such as trucks, and enough space to accommodate stockpiling of the waste tyres. You will also need proper technology to be able to do it efficiently and address the whole matter of the high cost of electricity, because the process is extremely energy-intensive," he said.

The project is being financed through funds from family and "about 20 per cent" sourced through loans, the CEO said, following the launch of Jamaica Rubber Products at a workshop in Kingston on Wednesday.

"The fact of the matter is that the capital outlay is so great that our projection is that at year four we will just be starting to look at some profit," he said.

The recycling process, as he explains it to the Financial Gleaner, will begin with de-beading or removal of all the wires from the tyre. The tyre is then placed on a conveyor belt and taken through the various stages of grinding and sifting, with the end product being rubber powder of varying sizes.

SKDP, he says, has got approval from the National Environment and Planning Agency to store the old tyres at the Jamaica Rubber Products recycling plant, which will operate from the same location as its parent.

Philibert declined to speak to the plant's tyre-crushing capacity, and the business' earning potential.

SKDP will export "approximately 15 to 20 per cent" of the rubber powder it produces with the remainder targeted for sale as raw material for the manufacture of other value-added products, including as inputs for construction materials. The latter ambition requires winning over road builders and engineers.

"We will look at how rubber crumbs may be used in asphalt as a means of improving the quality of our roads, the production quality of, and maintenance or repairs of our roads," Philibert said.

Crumb rubber may be incorporated in asphalt mix to create more durable roads and reduce the noise level, especially in school and hospital zones, the SKDP head explained.

He is pushing, "with the assistance of Government", for industry acceptance of rubber crumbs as a standard in the asphalt mix for all roads throughout Jamaica.

"The traditional chip-and-spray method used in road construction locally uses conventional asphalt, which dries out and becomes very brittle in a short period of time, which means that it loses it bonding capabilities and breaks, then the road starts getting potholes," said Philibert.

SKDP is listed on TradeKey, an international electronic marketplace that connects traders with global wholesalers and manufacturers, and has received approximately 22 enquiries for supplies, he said.

The company plans to produce rubber mats, tiles and other products, which will be another source of revenue, he said.

Outside of the environmental benefit of getting rid of waste tyres, the project is expected to lead to spin-offs through linkage industries such as jewellery production. Rubber powder can also be used in the manufacture of plastics.

"We are looking to generate foreign exchange through exporting of the rubber powder in various grades," said Philibert.

The product is also used in sealants, he said, noting its use for waterproofing roofs.

"They use the rubber powder as a bonding agent in the sealant. The waterproofing membrane is used on many houses locally, particularly shingle roof houses," he said.

"One of the major concerns that I always had is what business can I go into that negates the whole problem of the importation of raw material and foreign-exchange input and how can I use a local raw material to have value-added benefits to not only me as a businessman but for the country at large. It took us two years of research to arrive at where we are, but this project will answer that."

SKDP has hired 11 staff for the tyre recycling operation, bringing the total team to 35, and is seeking additional persons to fill other posts. The company has also contracted overseas experts to train the staff.

Jamaica Rubber is armed with just one truck so far to collect the used tyres, but Philibert said he plans to build a fleet within months.

"We will be incurring the cost to collect the tyres from the dealers," said Philibert.

A drop-off site will also be created for regular motorists to leave their old tyres.