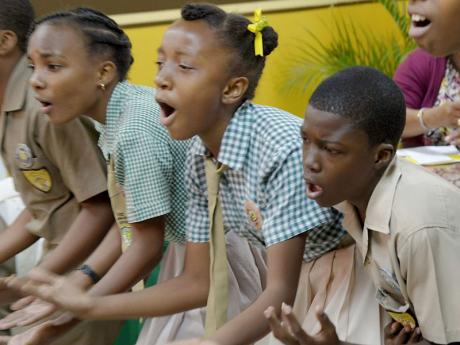 AS THE Child Development Agency (CDA) celebrates 10 years of existence, a raft of measures is being put in place to better care and protect the nation's children.

The measures were announced at the agency's media launch on Tuesday. The anniversary celebrations, which will be observed between June 1 and May 2015, will see the staging of a number of events ranging from a children's summit and a poster competition to a church service which will conclude the year's celebration.

Rosalee Gage-Grey, chief executive officer of the CDA, noted that, though the agency is celebrating a milestone, it is cognisant that there are still grave concerns about the nation's children, pointing to the recent cases of child abuse and brutality towards children in the society.

Lisa Hanna, minister of youth and culture, spoke to the challenges faced by the agency and outlined plans to improve the services offered.

The minister added that though the CDA is responsible for the places of safety, care and protection oversight, it did not have the facilities to put in place other mechanisms to stem the tide of violence against children.

To this end, the minister said her ministry will be implementing three significant activities in terms of shifting policies and reviewing legislation. She explained that a model home will be created, therapy and counselling offered to the children and, most importantly, the implementation of a case management system which will allow the agency to monitor children digitally from admittance to the homes until they leave.