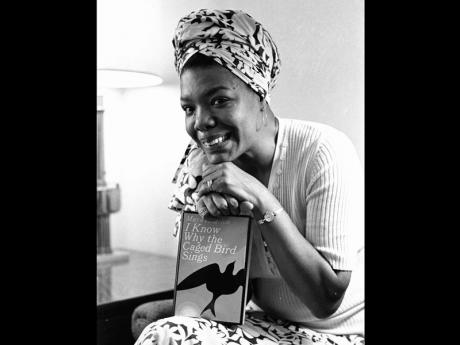 Celebrated poet, novelist, actress, educator, historian, filmmaker and civil-rights activist Maya Angelou's life spanned more than eight decades until her passing on May 28, 2014. Like Martin Luther King Jr and Nelson Mandela, Maya Angelou was a defender of black culture and liberation, and an activist for women's rights through her many works.

In the heights of the civil-rights movement in the 1960s, Angelou helped Malcolm X build the civil rights group, Organisation for Afro-American Unity. The assassination of Malcolm X and later another good friend, Martin Luther King Jr, though throwing her into sadness, encouraged her to produce some of her best works: 'Blacks, Blues, Black,' a documentary series, and a year later, her first autobiography, I Know Why the Caged Bird Sings.

She became only the second poet to do a recital at the inauguration of a US president, reciting 'On the Pulse of the Morning' at the 1993 Clinton inauguration. In 2011, she was honoured by yet another president, Barack Obama, with a Presidential Medal of Freedom. Her numerous works were permeated with messages of love, compassion, equality and selflessness.

Though gone, her works live on and serve as a potent reminder to us as we go about our daily lives.