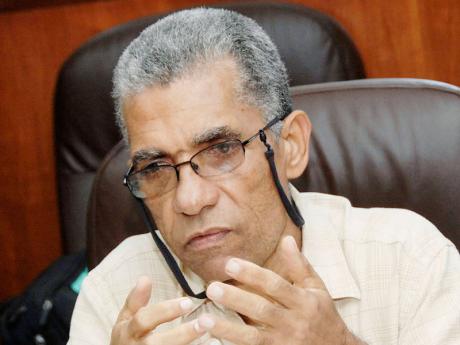 THE UNIVERSITY of the West Indies' (UWI) Department of Government has congratulated Professor Anthony Harriott on his appointment as a commissioner for the enquiry into the May 2010 police-military operation in West Kingston.

Head of the Department of Government and Director of the Centre for Leadership and Government, UWI, Dr Lloyd Waller, said, "Professor Harriott brings a level of trustworthiness, objectivity, sophisticated analytical skills, and depth of perspective to the commission, which will only serve to enhance the quality and integrity of the process."

Professor Harriott served as head of the Department of Government from September 2006 to August 2010. He is the recipient of various academic awards, including the Vice-Chancellor's Award for Excellence in Research and Public Service, the Principal's award for The Most Outstanding Researcher, Faculty of Social Sciences, and a Ford Foundation Fellowship. He is the author of more than 30 scholarly articles, some 30 technical reports, and author/editor of eight books - primarily on the issues of violence, drugs and policing in Caribbean societies.

He currently sits as director of the Institute of Criminal Justice and Security.