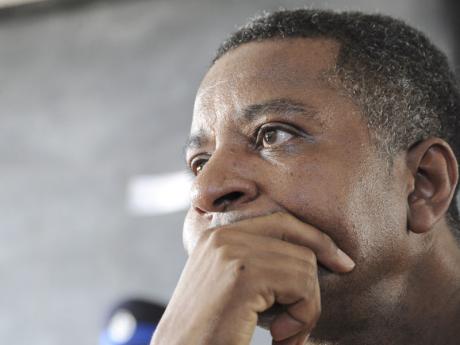 LAWYERS REPRESENTING recently convicted Senior Superintendent of Police (SSP) James Forbes have filed an appeal in The Court of Appeal for his conviction to be quashed and his sentence set aside. The appeal was submitted on Tuesday.

Attorneys-at-law Jacqueline Samuels-Brown and Linda Wright are suggesting that Resident Magistrate (RM) Stephanie Haisley-Jackson erred in rejecting the no-case submission made on behalf of their client. They are also arguing that the verdict is unreasonable based on the evidence presented. The attorneys are also contending that the resident magistrate erred in finding Forbes guilty as the prosecution failed to prove the case against their client beyond reasonable doubt.

The attorneys are also arguing that the RM erred in excluding from the trial evidence from witnesses patently relevant and admissible, whereby evidence material potentially favourable to Forbes was not taken into account by the said resident magistrate in arriving at her verdict.

Perverting the course of justice

Forbes was found guilty of attempting to pervert the course of justice in the Corporate Area RM Court on May 15, and was ordered to pay a fine of $800,000. The fine was paid.

Forbes was head of the Jamaica Constabulary Force Community Safety and Security Branch.

The case stemmed from a meeting he admitted facilitating between businessman Bruce Bicknell and two police sergeants at his St Andrew offices, four days after the policemen arrested Bicknell for allegedly offering them a $2,000 bribe during a traffic stop in east Kingston in April 2012.

Prosecutors charged that during the meeting, an agreement was reached to have the case against Bicknell - who had been released on bail - disposed of before it went before the court. But Forbes, through his attorneys, had insisted that no agreement was brokered at the meeting, and that he was not aware at the time that Bicknell had been charged.