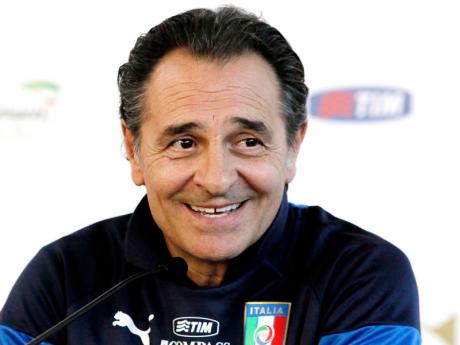 European teams say they are more prepared than ever for a hot and humid World Cup, training in saunas, planning to soak their jerseys in cold water before games and working with doctors to design the perfect hydration formula for each player.

Even though the tournament is held in Brazil's winter, stadiums in the tropical north will be warm, with temperatures often above 30 Celsius (85 Fahrenheit). And many games will be played under the afternoon sun, so they can be broadcast in prime time in Europe.

In the 1994 World Cup in the United States, many cold-weather teams wilted. Since then, teams have borrowed cooling techniques from the military and consulted with scientists to make sure they can keep the heat from corroding performance.

"There's lots of little things you can do that on their own wouldn't make a fundamental difference, but they all add up," said Mike Tipton, a scientist at the University of Portsmouth who has been helping England coach Roy Hodgson.

Brazilian authorities generally avoid scheduling important domestic matches before 4 p.m. But FIFA scheduled 24 of the 64 World Cup games to start at 1 p.m., prompting some complaints from the players' union.

Matches in cooler southern cities, including Rio de Janeiro, the venue for the July 13 final, should be fine. But results in sweat-box cities further north and Cuiaba in the west will depend not only on how fit the players are, but how well the teams doctors and consultants performed.

Italy coach Cesare Prandelli witnessed how destructive Brazilian conditions can be when eight of his players asked to be substituted at half-time of the Confederations Cup semi-final last June in the northern coastal city of Fortaleza, which is hosting six World Cup matches.

All of Italy's Group D games are in the north, starting with a sweaty encounter against England in the Amazon city of Manaus. To acclimatise them and measure how their bodies cope, Prandelli made players train on treadmills and bikes in a sauna heated to 33 degrees Celsius (91 degrees Fahrenheit) with 70-per cent humidity.

"We've tried to reproduce the environmental conditions that we will likely find, above all in Manaus, but also in Recife and Natal," team physician Enrico Castellacci said. "Players work on a specific programme, and then we evaluate their resistance to the fatigue by monitoring their heartbeat and weight before and after the exercises."