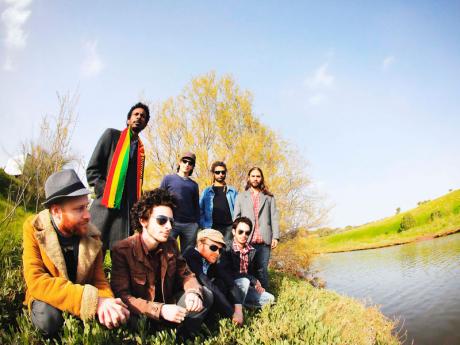 Zvuloon Dub System, a renowned reggae band out of Israel, will bring an interesting mixture of Ethiopian beats, jazz and funk fused with, and encouraged by, traditional reggae to the Sumfest stage.

With strong ties to Jamaica through its musical performances and collaborations as well as influence, Zvuloon is excited about its appearance on Sumfest, which will mark another remarkable step on its musical journey.

"We are very excited and honoured to come and perform at the Reggae Sumfest Festival. This will be our first performance ever in Jamaica, and hopefully the first of many more shows in Jamaica in the future," said Asaf Smilan, one of the founding members of the band.

Patrons at Reggae Sumfest will enjoy a variety and dynamic range of sounds from the powerful lead singer Gili Yalo, with a groovy rhythm and an eccentric brass section. Zvuloon Dub System creates a heavy dub experience and gives unique meaning and twist to reggae.

Fans can expect tracks such as, Weed Out with Ranking Joe, Lion of Judah, Good Sensi, Freedom Time and Going to Zion when the dynamism of the band is displayed on the Catherine Hall stage.

The band was formed in 2006 by the Smilan brothers and later joined by its lead singer, Gili Yalo, in 2010.

The band has since gone on to play for legendary Jamaican crooners such as Barrington Levy and Echo Minott, which is a testament to the quality of its talent.

The group has also done covers of songs like Sun is Shining by Bob Marley, as well as Voodoo Child by Jimi Hendrix.

The dynamic band recently collaborated with the ageless wonders, The Viceroys, to make Love is Stronger, and is expected to release a second album, Anbessa Dub.

Reggae Sumfest will be staged from July 13 to 19 with a beach party on Sunday, July 13 at Aquasol Beach, the All-White Party on Tuesday, July 15 at Pier 1, and stage shows from Thursday to Saturday at Catherine Hall.

Festival sponsors include Digicel, Iberostar, Secrets Resorts and Spa, Pepsi, The Gleaner Co. Ltd, and The Jamaica Tourist Board.