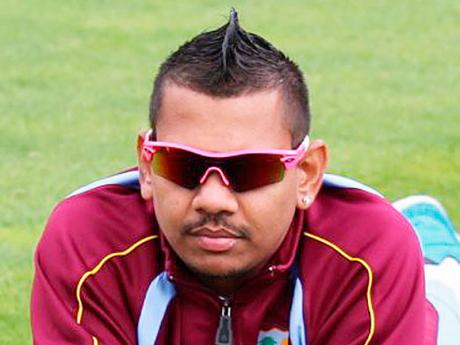 ST JOHN'S, Antigua (CMC):Off-spinner Sunil Narine has opted out of the West Indies side for the Test series against New Zealand starting June 8.

Narine has advised the West Indies Cricket Board (WICB) that he would not be available to join the West Indies Training Camp which starts in Barbados June 1, a mandatory requirement to play for the regional side.

The Trinidadian spinner has decided to remain in India to represent Kolkata Knight Riders against Kings X1 Punjab in the final of the Indian Premier League tomorrow.

"Narine had been in discussion with the WICB and was required to advise the board by May 24 whether he will join the squad currently in training in Barbados on June 1," said a statement from WICB, released yesterday afternoon.

Smith, who has been among the prolific scorers in IPL 7, was bowled for seven as Chennai embarked on an enterprising effort to chase down an imposing 227-run target in qualifier two at the Wankhede Stadium.

Chennai were way ahead during the chase, with Suresh Raina leading the charge with 87 coming off just 25 balls to reduce the stature of a century from Virender Sehwag that powered Kings X1 Punjab to their impressive total.

Skipper Mahendra Singh Dhoni tried to push the limits, but could manage only 42 from 31 balls as Chennai reached 202 for 7 in 20 overs.

LONDON (AP):England survived defensive lapses to overcome Peru 3-0 yesterday in their final game at Wembley Stadium before the World Cup.

Daniel Sturridge provided the friendly match's only standout moment of skill when he put England ahead in the 32nd minute by striking into the top corner.