Uruguay: The small country nobody wants to face 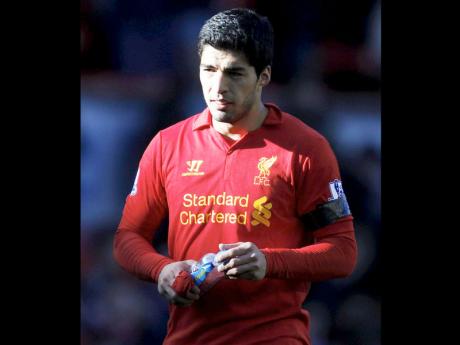 MONTEVIDEO, Uruguay (AP):Diego Forlan recorded a television commercial recently wearing a T-shirt that read: "We're not the favourites, nor will we be a surprise. We are the team that no one wants to draw."

That sums up Uruguay, the small South American country that finished fourth at the 2010 World Cup.

Uruguay have won the World Cup twice - in 1930 and 1950 - and are always dangerous rivals with a tough-nosed style of play and two of the world's top forwards in Luis Suarez and Edinson Cavani.

"We'll try to do what we did in South Africa," Uruguay coach Oscar Tabarez said. "We want to be a difficult team to play, nothing less. If we achieve this, it will take us close to our objective."

The problem for Uruguay is Group D, where they are matched with England, Italy and Costa Rica. Finishing in the top two and getting out of the group would be an accomplishment.

"We are realists," Suarez said. "Today's football is tough, very difficult. We have to go with a low profile, the way we did in South Africa, to try to achieve our goal."

The other problem is Suarez himself, who had keyhole surgery on his left knee on May 22. Team doctors say he has a chance to play, but no one may know until minutes before the opening match.

Uruguay open on June 14 against Costa Rica in the northeastern city of Fortaleza. The team faces England in Sao Paulo on June 19, and closes with Italy in Natal on June 24.

Forlan, who was named the best player at the 2010 World Cup, joined Japanese club Cerezo Osaka in February. He will likely be a substitute this time, but offers lots of experience from playing days in Italy, Spain and Brazil.

He is hoping Japan may even boost his skills.

"The level of football (in Japan) is very high from both a technical and physical standpoint. So if anything, I think this will be good preparation for the World Cup," Forlan said after arriving in Japan.