Would-be FIFA boss will not step aside 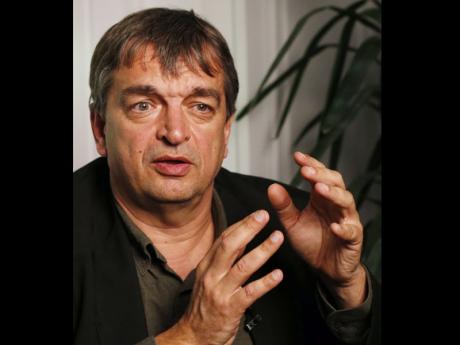 PARIS (AP):The only declared candidate for the FIFA presidency says he won't step aside when Sepp Blatter announces next month that he'll be seeking a fifth term.

In an interview with The Associated Press, former FIFA executive Jerome Champagne wouldn't accept that campaigning to unseat Blatter, his former boss, is a lost cause. Blatter is in his 39th year at football's governing body, the last 16 of them as president, and there are no indications of widespread hunger for change from FIFA's 209 member federations who have benefited from billions of World Cup dollars.

"An election is an election," said Champagne, a former French diplomat and now football consultant. "Don't ask me to tell you now what will be the end result. I leave that to the pundits and I leave that to the journalists. But it's not a problem. You know we have seen a lot of underdogs and outsiders also sometimes winning."

In 2011, Blatter was re-elected as the only candidate for another four-year term. Yesterday, Blatter confirmed in a FIFA.com interview that he will tell FIFA's annual assembly in Sao Paulo, Brazil, before the June 12 World Cup kick-off that he is ready to stay on as president - despite pledging previously in 2011 that he wouldn't.

Champagne, who spoke to the AP before release of those comments, said Blatter standing again won't cause him to bow out of the May 2015 ballot. Blatter will be aged 79; Champagne will be 56.

"I will continue defending my ideas. I'm not stopping, because we need a debate," Champagne said. "In a democratic system, we need more than one candidate and I hope more than two candidates, because we need different points of views and we need two different options given to the voters."

Some of Champagne's proposals for football differ notably from positions staked out by Blatter. For instance, Champagne wants referees to be able to use video replays in offside and penalty decisions.