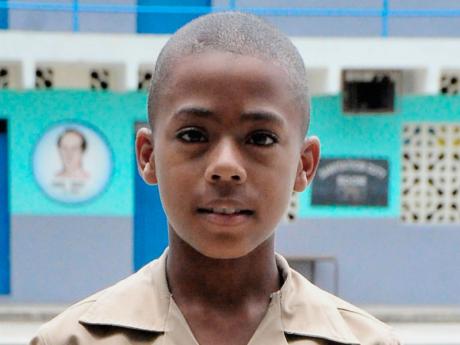 The young sprinter told The Gleaner that he is confident of striking gold for his team, although being singled out by opposing sprinters from the other schools.

"It's another race, but I am confident I can win it," said Cunningham.

"I want to do my best for my school and my family in both the 100m and the 200m, so winning the gold medal is very important to me," added the young sprinter.

Cunningham's shy demeanour says little about his passion for athletics, as he explains his love for the sport, with his aim to become a world-class sprinter in the mould of his idols, Usain Bolt and Yohan Blake.

"I love Usain Bolt and Blake because they can run fast. I want to become like them when I am older," he said.

His better race is in the 100m, but he is also capable of winning the 200m and is promising a great run.

The soft-spoken youngster is also a member of the school's 4x100m relay squad and the 150m dash and credits his coach Nicholas Gordon and his mother as his greatest inspirations.