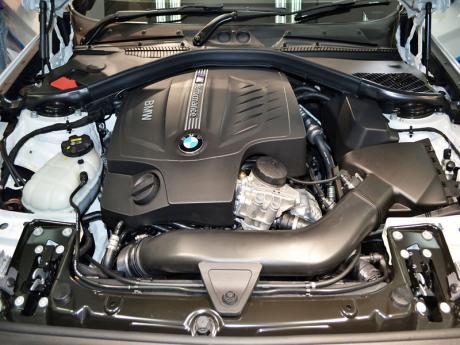 The view under the bonnet of the BMW M235i. 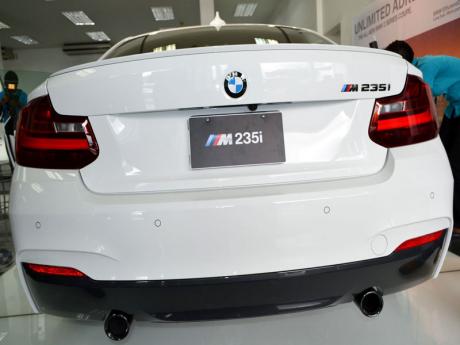 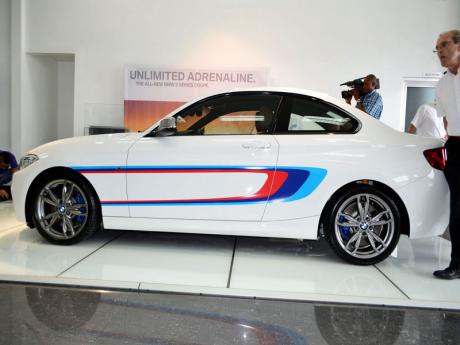 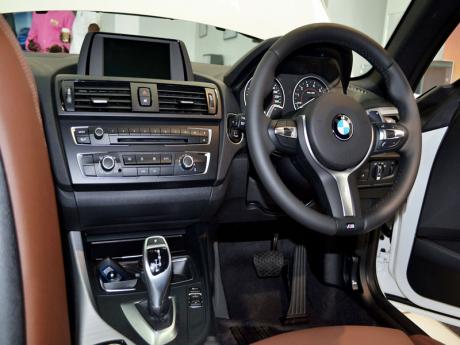 The vehicle is described as an imagination-capturing high-performance sports vehicle in the premium compact segment, which is designed to give its drivers a unique sports driving experience. Premium compact cars are small luxury vehicles. Also in the segment are the Mercedes A45 AMG and Audi S3.

The launch gave those in attendance a taste of one of the BMW two series in the coupe line. The M235i will retail for $10 million while the other variant in the line, the 220i, available to customers on order, will retail for $6.8 million.

According to general manager of Stewart Motors, Duncan Stewart, the M235i "embodies the ultimate driving machine that brings unlimited adrenaline".

There is no surprise that the vehicle's target audience comprises sports enthusiasts and those who possess a desire for speed. However, Stewart mentioned that it is unlikely that the vehicle would be featured on a local motor racing strip, unless purchased for that purpose.

The M235i is propelled by the most powerful petrol engine developed so far for a BMW M performance vehicle. The
six-cylinder engine, equipped with the M performance turbo technology,
generates a maximum output of 326 horsepower, which accelerates the
vehicle from 0 to 100 km/h in five seconds.

It comes
with the M sport braking system.

"The interior is
comfortable for everyone. The neck room is huge," said regional training
manager of Stewart Motors, Manfred Vogt.

Vogt also
highlighted the importance of the vehicle's ECO PRO mode, which helps
drivers improve the M235i's fuel consumption by up to 20 per cent,
depending on the driver's driving style. The regular fuel economy
figures are roughly 22 miles per gallon in the city, while on the
highway it is about 32 miles per gallon.

Already, the
M235i has three potential buyers lined up.