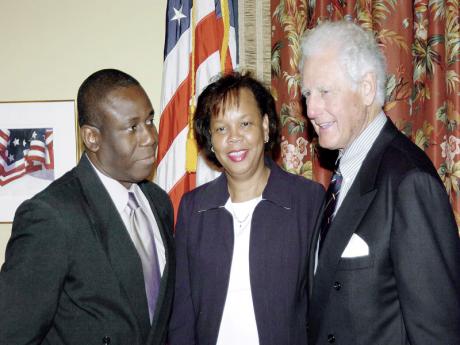 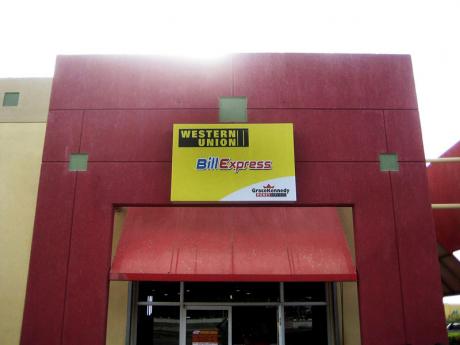 GraceKennedy group CEO Don Wehby says, pending regulatory approval, the company will be rolling out mobile wallet products and a stored value card to the market by yearend.

"We believe that there exists great opportunity for FGB to collaborate with GKMS in terms of increased cross-selling of products and services across their network," Wehby told Sunday Business.

"Such collaboration could include some of our traditional bank offerings and mobile wallet and stored value card, whenever they are introduced."

GKMS, under which GraceKennedy Limited operates its Western Union franchise, forex trading and remittance operations, is a net seller of foreign exchange to the local market with some $1 billion in remittance flows annually or about 50 per cent of the domestic market.

First Global is a small commercial bank, in which GK sees lots of growth potential. It's No. 5 of seven banks, with less than five per cent of the loan market.

GKMS senior vice-president in charge of marketing and operations, Noel Greenland, said the two GK subsidiaries were still in talks on the extent of their collaboration.

"We are working with our regulators to ensure that once we go live we have their blessing," said Greenland.

"Nobody in the money-services business can act independently of the regulations. We are working with the regulators to ensure we are compliant," he said.

Both GKMS and First Global Bank are regulated by the Bank of Jamaica, whose ambit spans deposit-takers, the foreign-exchange market, and remittances.

Asked if the new relationship would be facilitated by agent banking - a pending regulatory change under which non-banks will be able to offer banking services - Greenland said he would be speaking out of turn were he to elaborate.

"It's difficult for me to share with you just yet," he said. "What I can say to you is that we are exploring ways, through the central bank, to bring convenience closer to customers."

However, what he describes under the GKMS-First Global partnership tracks with the objective of agent banking - that is, bringing the service to consumers in locations they frequent, including retail outlets.

"The forward-thinking approach is we are bringing the banking services closer to you where you will begin to access it not through brick and mortar but in other ways. And so we are working together through collaborative efforts to create a closer working relationship to add value to the consumer," said Greenland.

Wehby has said GraceKennedy aims to pump US$20 million in its business operations this year, and that some of the capital will flow to the bank, but the level of investment to be made in the money services-banking partnership was not disclosed.

For 2014, the conglomerate plans to deploy 40 per cent of capex towards improving operational efficiency, 41 per cent will be spent on innovation, and the balance on recurring expenses.