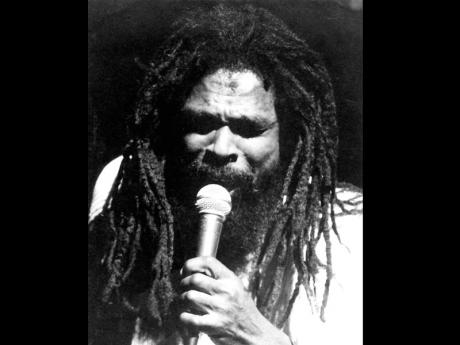 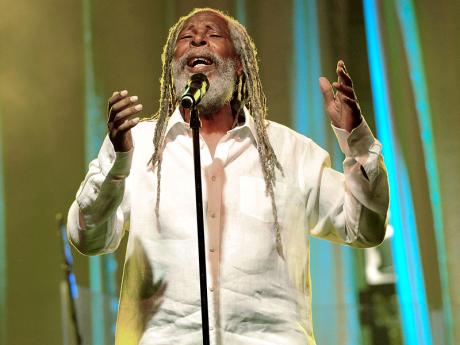 Humility can become an even scarcer commodity among those who have achieved greatness. While the statement holds true in many instances, it does not apply to the great Jamaican songwriter and music icon, Bob Andy.

After years of unending showers of praise about his songwriting ability, and his humility in never openly accepting it, Andy seems to have, in later years, finally decided that his work deserves the recognition it has been given.

"I must really start accepting the credit these people are giving me for writing because a lot of times I am so modest, I say if I was a good carpenter, I would make good tables and chairs. But I really set out to craft these songs because they were going to represent me for life. What people call depression, when I go down there, I come up with a song," Andy told me in a 2005 interview for radio.

Throughout his entire career, Keith Anderson has been well known, not only for his songwriting, but for his zero-tolerance approach to injustice, which he preaches in his recordings and demonstrates in real life.

Perhaps there is no other recording where the fight against injustice is more pronounced than in the self-produced, mid-1970s recording, Check It Out.

In it, Andy mercilessly chastises the establishment, while putting his songwriting skills on display:

criminals, all forms of

there's no way you can win.

that the rise in the price is to

make more money for who's

and the trick of the trade is to

keep all the hungry bellies

who learn their tricks by the

who rule with an iron rod.

The lyrics were so 'hot' that owner of Federal Records, Richard Khouri, was hesitant in putting it out. It, however, defied the odds and went straight to No.1 that year.

In the recording, Andy highlights the sad imbalances that exist in Jamaica's social structure. Drawing on his powers of introspection, Andy declared:

I was drawn into myself,

observing all this time,

from every angle, I can see

my people, you're meeting hell.

so they die from time to time.

what have you got in mind?

Andy said that although the Government had instituted some effective changes, he was unhappy with the slow pace at which things were moving, and with crime and violence on the rise, he envisioned an uncontrollable fire:

I can see the fire burning, it's

getting hotter and hot,

and the haves will want to be

in the shoes of the have-nots.

The fire spread as far as Jamaica House, and Andy was summoned there by Prime Minister Michael Manley to help cool the flames. In a dramatic scene at Jamaica House, Manley tried to get Andy to back off, but he (Andy) diplomatically stood his ground.

Although Andy penned several sentimental love songs, his revolutionary songs stood out. His humility, wit, and revolutionary stance could be felt as far back as his Studio One days when he had cuts like Let Them Say, Life Could Be A Symphony, and Unchained, which gave full expression to the freedom he was searching for, being a runaway child:

Just take these chains away

and set me free

Remove me out of bondage

Too long I've been a slave, I

want to be no more

I'd rather dig my grave than

be locked behind the door.

He speaks eloquently in My Time about the experience he has gained in a lonely life filled with disappointments:

Experience has taught me

I'm getting out of serfdom, my

soul had stood the test.

I need nothing to be a man,

cause I was born a man,

and I deserve the right to live

Andy again placed his humility on display as he responded to a question concerning awards during that 2005 radio interview:

"I kinda like to say that I get my honour from the people of Jamaica. The people recognise me from the start, and them acknowledge me from then until now. I don't really want no honour from Government. Me is 60 now, so if they had given me earlier, then me could say, 'Well, me could enjoy that' but me coulda dead between then and now."

Bob Andy received the Order of Distinction (Commander class) from the Jamaican Government in 2006.

Some people call him 'The man with the golden pen', and his reputation has even spread abroad.

Chris May, writing in Black Music magazine, referred to Andy as the greatest living songwriter in Jamaican music, Steve Barrow called him, "Jamaica's best writer", while Ian McCann, writing in Tower Records' Top Magazine, says, "Bob Andy remains one of the best songwriters in the world."

The same can be done for Delroy Wilson who hit with Impossible, Ken Boothe's I Don't Want To See You Cry, and many more.

Bob Andy began his recording career with the sound-system-played, unreleased recording, I'm In Love, in duet with Tyrone Evans for producer Duke Reid.