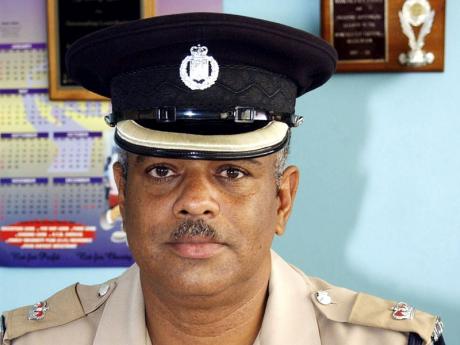 Some residents of Arnett Gardens are accusing the police of murder following a shooting incident in the community which left an alleged area leader, David 'Tashi' McGrower, and another man, so far identified as 'Roland', dead.

Two other persons were shot in the incident, which the resident claim was carried out by rogue cops driving an unmarked car with nothing to identify them as members of the police force.

But that accusation has come as a surprise to head of the police Area Four, Assistant Commissioner George Quallo.

"I was on the scene yesterday and there was no such suggestion," Quallo told The Sunday Gleaner in response to the allegations.

"That claim sounds ridiculous," added Quallo, who leads the police in the area which falls in the Kingston West Division.

But the residents say 41-year-old McGrower, and Roland, who lives in Portmore, St Catherine, and was visiting family members in the community where he spent most of his childhood life, were killed by neatly dressed men.

According to the residents, the two were among a group of men about to eat a meal at a cookshop, when an unmarked car drove up and four men emerged and opened fire.

The residents further claim that after shooting the men, two of the gunmen walked over to McGrower and fired more shots into his body as he tried to crawl away. He died on the spot, while Roland died later in hospital.

McGrower was the reputed leader of the feared Rat Bat gang, which operates out of sections of Arnett Gardens, popularly known as 'Jungle', and sections of the nearby Maxfield Avenue area.

But yesterday, as residents reacted to the killing, all fingers were pointed at the police.

Quallo was unmoved by the allegations.

"If they have any information that can substantiate that claim, they should take it to INDECOM (the Independent Commission of Investigations) or the other agencies set up to investigate cases such as these, and let the chips fall where they may," said the veteran crime fighter.

Up to late yesterday, an INDECOM official said they had not received any report from the residents.

With the streets of the community nearly deserted yesterday, except for uniformed members of the police force on patrol, the residents denied that McGrower was an area leader, even as they expressed concern that without him, several children would not be able to attend school.