DOCTOR'S ADVICE - Is my boyfriend gay? 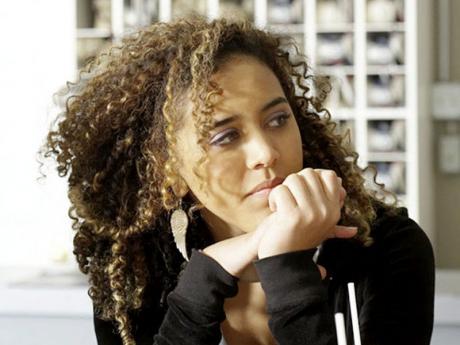 Q. Doc, I am seriously considering marrying this man, but first I would like your medical opinion of him.  I am 29 years old and, to be honest, I have had quite a bit of sexual experience. I have never been pregnant, but would like to start a family soon.

Six months ago, I met a very nice man. He is a 35-year-old lawyer who has been married and divorced twice. He does not have any children and he says he loves me and I like him a lot.  When we eventually had sex, he was very attentive to my needs, and was very good at making me orgasm. Since then, he has been very keen on having sex with me very regularly. Last month, he asked me to marry him and I said 'perhaps'.

But a week or so ago, I was very surprised when he was telling me about various things that he had done. He quite casually described another well-known lawyer as 'my former boyfriend'. I thought maybe he was joking. However, I told a friend of mine about it and she said that a few years ago, she had been at some legal function and had seen him kissing another man in a corner of the room. So what am I to think, Doc? Is he sick or what?

A.  No, I would not describe him as sick. But I think there has to be a high possibility that he is bisexual, or what is sometimes termed 'AC/DC'. I feel that it is possible that he was gently hinting this to you when he told you that he once had a 'boyfriend'. Maybe he wanted to break it to you slowly?

It is clear that he gets great sexual pleasure from having sex with you. But it is also fairly clear that he has been attracted to men. However, like quite a few men, he may have decided that that phase of his life is over now. But I am slightly concerned by the fact that he has already been divorced twice. Why? I think you need to ask him. Maybe his previous wives were unhappy with his AC/DC nature!

Now, I have known a few women who have married bisexual men. Sometimes, they have a successful marriage, but I think it was easy. Several of them had children by their AC/DC husbands. Don't let yourself be 'carried away' and marry this man simply because you want children. There are a lot of other men who you can have children with.  However, I think you should give him a chance. Why not sit down with him and have a serious talk about where both of you are going? Tell him that you think he may be bisexual. And most importantly, ask him whether he would be totally faithful to you if you agreed to marry him.

Q Doc, I had genital warts around five years ago. They were successfully treated and I have not had sex since. Now I have met a wonderful, beautiful woman, and we are head over heels in love. Do you think it would be safe to have sex with her, bearing in mind that I have had not had any problems since 2009?

A Probably. But I think you should first talk things over with her and explain that you had genital warts. She might insist that you use condoms. You could also have a check-up by a doctor, but if you have any trace of it now, it would not be much for the doctor to see.

Q I have not had to use the 'emergency contraceptive' yet, but when I asked my doctor about it, she said that it would not be of any use to me because I am 'too big'.  Is this possible?

A: I am afraid so. Recent research has shown that, in larger women, the 'dose' in the 'morning-after Pill' may not be enough. Scientists have found that, if a woman weighs more than 154 pounds, or has a Body Mass Index of over 26, the emergency contraceptive known as 'levonorgestrel' may not work. Levonorgestrel is the ingredient in the well-known brand called 'Postinor-2'.

However, there is another type of post-coital Pill, called 'ullipristal', which appears to work in larger women. Also, there is the alternative of having a 'post-coital coil' inserted. That will almost certainly work, no matter your weight.

Q. I was unfaithful to my wife on a recent business trip to New York. The woman in question was a high-powered businesswoman and I don't think she 'sleeps around'. But is there any chance I could have gotten AIDS through sleeping with her, Doc?

A.  When you 'play away', there is always a chance of acquiring the HIV virus which causes AIDS. But, statistically, the odds are that you will be OK, even though there are quite a lot of HIV-infected individuals in New York. It is much more likely that you might have picked up another STI like gonorrhoea ('the clap') or chlamydia.

Did you wear a condom? That would reduce the risk. My advice to you now is to see a doctor who can have you tested. Ideally, you should not have sex with your wife until you have been told by the doctor that you are OK.