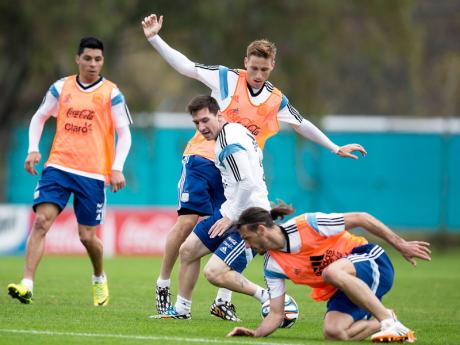 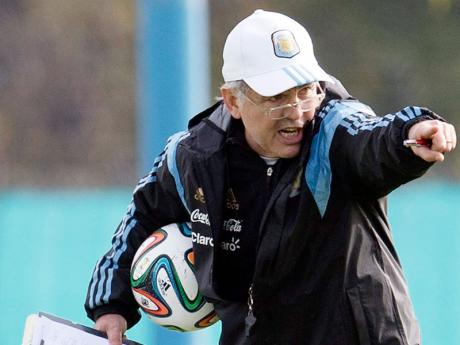 Argentina have enough firepower to shatter any defence at the World Cup. How their own defence holds up could decide whether the team clutches the trophy for the first time since 1986.

With players like Lionel Messi, Gonzalo Higuain, Angel Di Maria and Sergio Aguero, Argentina's attack is second to none. What other team could afford to leave Carlos Tevez, the top scorer for Italian champions Juventus this season, out of their squad?

At the back it's a different story. Goalkeeper Sergio Romero isn't even a regular starter for his French club Monaco, and the defenders in front of him aren't as awe-inspiring as the men up front.

When Sabella announced his provisional World Cup squad this month, he surprised many by adding another central defender, 33-year-old Martin Demichelis, who's coming off a strong season with Manchester City but hasn't played for Argentina since 2011.

The relative weakness of the defence showed in South American qualifying. Led by Messi and Higuain, Argentina scored 35 goals in 16 games, well ahead of any other team in the group. But they conceded 15 goals, two more than second-place Colombia and just one fewer than Ecuador, which placed fourth.

While that was no disaster, it did raise questions over how Argentina will deal with tougher competition in Brazil.

"I, too, ask myself what will happen with our defence when we play against a powerful rival," coach Alejandro Sabella said at the end of the qualifying campaign.

Argentina's success also depends on Messi, the four-time World Player of the Year.

A series of injuries last year raised some doubts about his fitness, but he returned to familiar goal-scoring form for Barcelona this year. Only Real Madrid's Cristiano Ronaldo scored more goals in the Spanish league.

Despite Messi's wealth of club titles and individual accolades, some say he needs to win the World Cup with Argentina to cement his place among all-time greats such as Diego Maradona and Pele.

Argentina have been World Cup champion twice, but not since Maradona lifted the trophy in Mexico in 1986. With a range of players at or nearing the peak of their careers, this could be the year of the Albiceleste, currently seventh in FIFA's world rankings.

Sabella's team should advance easily from the group stage, where they will face Nigeria, Iran and Bosnia-Herzegovina.

Still, Messi wants to make sure Argentina doesn't get arrogant.

"There's been a lot of talk about how easy it's going to be," he told FIFA.com. "But it's the World Cup and there are no easy teams. If they're there, it's because they deserve to be - there are no straightforward matches at the World Cup."